What Exactly is Single-Payer Healthcare? 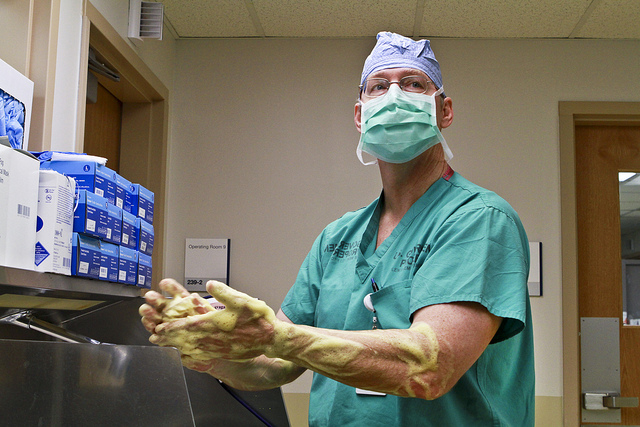 After Republicans failed to repeal and replace the Affordable Care Act during the summer of 2017, Democrats worked behind the scenes to come up with their own plan. Enter single-payer health care, otherwise known as Medicare for All, as espoused by Sen. Bernie Sanders of Vermont. Whether or not this plan goes through depends on how many Republicans go along with it.

The main idea of single-payer health care is that the federal government takes financial responsibility for the health insurance industry. Everyone comes into this system, every patient, nurse, doctor and health care entity. The government regulates and mandates how health care costs flow through the system. In essence, it turns Medicaid and Medicare into a program where every patient follows the same insurance regulations.

Dr. Adam Gaffney of Harvard Medical School and Physicians for a National Health Program states that single-payer health care gives everyone the freedom to choose because everyone has the same insurance standards. The system is less about how the insurance works but how it pays for people's health care choices. The current system is too complicated, Gaffney says, because patients are confused about in-network doctors, out-of-network services and high co-payments.

Americans would have the same coverage for basic services, preventive medicine, prescription drugs and medical supplies. Funding for this program in the federal government comes from the cost savings of scrapping the inefficient system of multiple payers that sell health insurance for profit. The PNHP claims 95 percent of American households would save money under this system.

When everyone has the same insurance system, every service covered by the insurance is within the network. Co-pays are the same whether someone goes to urgent care in Alaska or Florida. It streamlines health insurance that is Medicare of All. Single-payer health care gained prominence during Sanders's 2016 campaign to become the Democratic nominee for president of the United States because many Americans wanted an alternative to the complicated Affordable Care Act.

Opponents of a single-payer system say that the government shouldn't run any health care system because the current Medicare and Obamacare systems are broken. Adding to that burden isn't a good idea, says senior fellow Michael Tanner of the Cato Institute. Tanner also believes that with more coverage comes higher costs to taxpayers because everyone has unlimited health care choices with low deductibles and low co-pays. There's no way the government can produce inexpensive health insurance without a rise in taxes.

Despite calls for changes to Obamacare, altering America's health care system is a hard sell to taxpayers and Congress. When Harry Truman and Bill Clinton both tried to expand health care coverage, critics called the plans a socialist movement. Creating a single-payer health care system may bring back those types of arguments.

Sanders admits going to a single-payer model would take time. He believes lowering the Medicare enrollment age to 55 is a better alternative than going straight to Medicare for All. California and Vermont tried introducing legislation for a single-payer health care system, but the price tag was far too high. If the entire nation moves to that type of program, the costs may be too high for Congress to approve.