What Type of Cover Letter is Best? 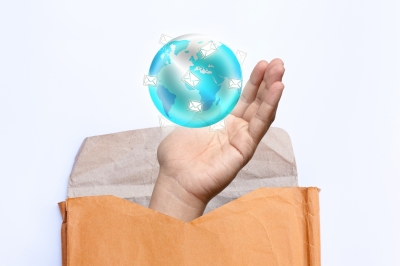 Composing an effective cover letter has become so much a part of the modern hiring process, applicants are prone to take it for granted. Often, the document that serves as a job seeker's "handshake" introduction to a prospective employer is written up as if it's a formality or an afterthought. Cover letters aren't formalities, however, and writing up an appropriate introduction for yourself can be the difference between an offer and a polite refusal.

What type of cover letter goes best with your resume depends on the perceived hiring situation at the company you want to work with. An application letter, for example, is written with a specific job opening in mind. These usually open with a brief introduction to yourself, but they quickly move on to identify the position you're applying for and summarize your fitness for that job in particular. This is very different from a prospecting letter, which is appropriate for a company that may not have advertised any open positions, but which you would like to work for anyway. A prospecting letter is much more focused on the applicant, and what the applicant brings to the job, than on any specific assignment within the company.

A networking cover letter is similar to the prospecting letter, as it serves mainly to introduce you to the company and highlight key points from your resume, but it may not be intended to put you through the company's hiring process. Instead, this type of cover letter is used to build up a network of professional contacts that may eventually lead to advancement and referrals elsewhere. Once a referral has been given, of course, there's yet another type of cover letter for that: the referral cover letter. These letters focus mainly on gracefully dropping the name of the third party who referred you to the open, but perhaps unpublicized, job opening. An effective referral letter works to introduce you, highlight your interest in a position and, essentially, convey the endorsement of the person who referred you.

Still another type of letter, and in many ways the most challenging to write, is the value proposition letter. Ideally, this form strikes a balance between introducing a candidate, identifying the specific job or job type desired and selling prospective employers on the job seeker's merit. These should never stray too far in one direction or another, but must remain focused on why the candidate is just right for the company. While this form can be the most difficult to write well, it can also be the most effective way to encourage a hiring manager to give your resume the attention it deserves.

Writing a good introduction for yourself isn't as simple as printing up a standardized form and distributing it with your resume. Each employer you reach out to is different, as your own interests are different from one stage of your career to another. Tailoring your cover letter to achieve the best effect on an employer helps you get the best return on your investment of time in getting the job.

Photo courtesy of kraifreedom at FreeDigitalPhotos.net