What Will Happen to the ACA Under the New Administration? 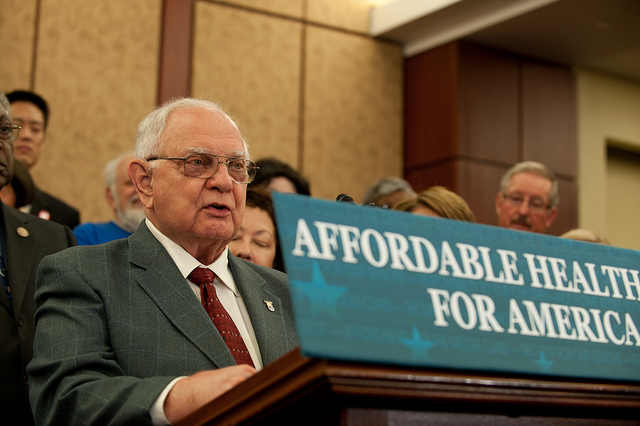 The Affordable Care Act has had a rocky start since its inception, and with a new Republican administration, its future remains murky. President-elect Trump has had a change of stance from his previous plans to completely abolish the ACA, opting instead to repeal some of the health care law's inner structure.

If the new administration moves forward with original plans to completely repeal the ACA, as many as 24 million Americans could become uninsured in the interim, according to Fierce Healthcare. Moreover, a study conducted by the Commonwealth Fund and Rand Corporation found that a replacement insurance policy could cost the average American up to $1,500 more per year.

The Trump administration may decide to forgo repeal and just make amends to the health care law, starting with the individual mandate. The individual mandate is by far the least popular feature of the ACA, and it may be a difficult political move for Republicans to keep it around, even temporarily. A recent Kaiser Family Foundation poll revealed that most Americans are not in favor of the mandate, despite supporting other aspects of the ACA, such as premium subsidies and Medicaid expansion. However, some health insurers would like to see the mandate stick around, because they consider it an effective tool to ensure that enough healthy people enroll to offset the costs of the sicker consumers.

If GOP lawmakers eliminate the ACA tax penalty for people who opt out of purchasing insurance, America's Health Insurance Plans will immediately enforce strong incentives for people to maintain continuous coverage. These incentives could include late enrollment penalties and stiff waiting periods. This is intended to prevent younger, healthier people from dropping their insurance plans altogether, which would eventually lead to higher costs and premiums for remaining consumers. “Replacing the individual mandate with strong, effective incentives, such as late enrollment penalties and waiting periods, can help expand coverage and lower costs for everyone,” AHIP says.

Leaders of the GOP plan to repeal much of the ACA by way of an expedited budget reconciliation bill that requires only 51 senate votes. It is unclear at this point whether Republicans could enforce the proposed continuous coverage rules outlined by health insurers as part of the new bill. If the continuous coverage provisions do not make it into the bill, they would have to be passed as an entirely separate bill. The 60 votes needed to pass a separate bill would require some support from the Democrats.

Getting that much-needed support from Democratic leaders is going to be a long shot. "Democrats will not go along with continuous coverage as an alternative,” says Tom Daschle, former Democratic Senate Majority Leader. Daschle, who worked with the Obama administration in creating the ACA, explains that the continuous coverage rules fail to satisfy the long-term problems a repeal would cause, such as with maintaining a good actuarial balance.

The future of the Affordable Care Act remains uncertain. Democrats and Republicans are going to have to find a common ground and work together to make amends to the ACA that benefit health insurers, hardworking Americans and the economy at large.