What Will The Minimum Wage Increase Mean For Your Business? 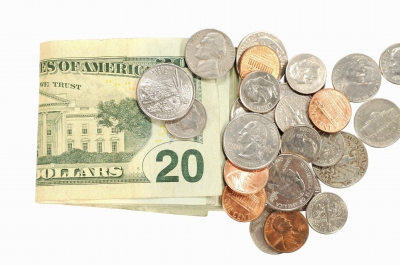 The debate about a federal minimum wage increase heats up as election primaries near for presidential contenders. Republican candidates for president reject raising the hourly wage to $15 per hour, while the Obama administration tries to push a wage hike forward through Congress. In terms of a business's operating expense sheet, raising the federal minimum wage presents interesting challenges.

Number crunchers on both sides of the issue seem to have a case for and against a minimum wage increase. Conservatives tend to think increasing worker pay unnecessarily increases labor costs, and any existing employees have to work longer hours and take on more job duties due to fewer workers at a particular workplace. On the other hand, a pay increase could mean better employee morale and less turnover, which may lead to better customer satisfaction and business growth. Putting more money in the pockets of workers means more money for consumer spending, and people spending money drives the consumer-based global economy.

Companies must find the right balance of several facets to achieve the optimum mix of employees and technology with the correct cost structure to realize the long-term goals of the business. A knee-jerk reaction to any minimum wage increase may include layoffs or cuts in worker hours, but corporations should use these tactics as a last resort. Instead, employers can use this time to undertake an efficiency analysis and cut costs elsewhere first.

Businesses can view employees as a valuable asset rather than an operating expense. Companies can innovate by empowering employees to do their jobs more efficiently while turning the saved expenses into increased wages. Four huge companies, after the recession ended, increased the minimum wage for their employees and found that workers who earned higher wages reciprocated by working harder. This gave these four retail chains more satisfied customers and a better overall business model without increasing prices for consumers.

Do employees have the tools they need to work as efficiently as possible? This means firms should assess computers, servers, software and Internet connections that can automate several processes. After that, employees must train on the new technology so they can learn how to do their jobs more efficiently.

Human resources departments need to perform cost analyses of how much it takes to hire new workers after employees leave. Replacing entry-level employees in high-turnover jobs costs as much as 30 to 50 percent of their annual salaries. Companies that retain these employees reduce costs tremendously, even enough to invest in automation technology, more workers or both. Firms should consider the morale hit to workers when a company decides to cut jobs after a minimum wage increase. When people leave, this exacerbates the salary problem even further.

No matter what side of the minimum wage debate a business owner falls on, everyone has a stake in the outcome. Finding the correct balance among workers, customers, technology, innovation and automation is tricky, but once a company finds its optimum place, the rewards are outstanding.