What Will the New Tax Plan Look Like Under the New Administration? 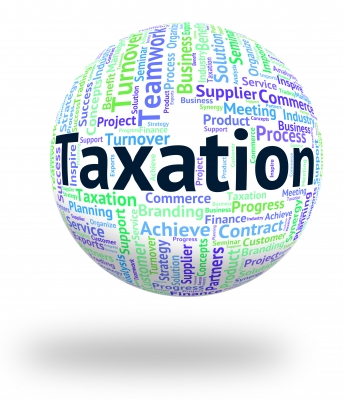 The Trump Administration revealed its highly-anticipated tax plan in late April of 2017. The one-page plan only scratches the surface of potential new legislation. However, it gives American businesses and citizens a clearer idea of the tax hikes and cuts that may impact them in the coming years. With this plan, alongside other statements from Trump, Americans can piece together an idea of how Trump's full tax plan might flesh out.

Corporate Tax Cuts and Other Changes

One major aspect of Trump's tax plan is the cutting of maximum tax rates on corporations by 20 percent, which also applies to pass-through businesses and partnerships. The plan brings the tax down from 35 to just 15 percent. However, the plan would eliminate corporate tax deductions with the exception of charitable donations and mortgage payments.

The tax plan would eliminate estate tax and get rid of the alternative minimum tax. It would also double the standard deduction and restructure individual income tax brackets, bringing them from a total of seven to just three. These brackets would be 10 percent, 25 percent and 35 percent.

The Treasury Secretary, Steven Mnuchin, stated that the objective of the tax plan is to lower tax burdens on the middle class. However, some who oppose the plan say that it does little to help the middle class and has greater benefits for the very rich. An analysis by the nonpartisan Committee for a Responsible Federal Budget has also shown that the tax plan may cost the United States $3 to $7 billion over the next 10 years.

The Possibility of an Increased Gas Tax

Although President Trump hasn't made any definitive statements about raising the gas tax, he has affirmed "it’s something I would certainly consider," according to Accounting Today. This change would boost state funding through the Highway Trust Fund and facilitate infrastructure measures such as highway repair and maintenance. Transportation groups and businesses have been pushing for a tax increase for years. The tax on gasoline, which is at 18.4 cents per gallon as of early 2017, hasn't been raised since 1993.

Call for a Reciprocal Tax

Also absent from the tax plan, a reciprocal tax would impose the same tariffs on imports that other countries impose on U.S. exports. Trump has previously sounded his support for this type of tax system, an alternative to the border-adjusted tax, brought up by House Speaker Paul Ryan, which places a tax on U.S. companies' imported goods.

Once the Trump Administration's tax plan passes through negotiations with congress, Americans may know the full extent of the tax changes. If it passes, Americans can expect plenty of corporate tax cuts and other changes that Trump claims might stimulate the U.S. economy.

100 Days of the #Resistance: A Report Card
news via Refinery29