What You Can Learn from Kickstarter's Recent Apology 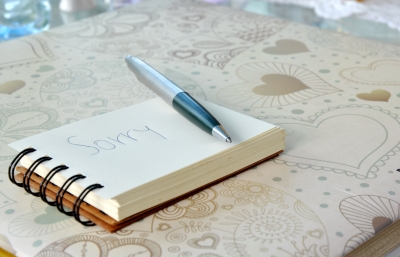 Kickstarter has become the go-to funding source for many artists, designers, videographers, and other creative professionals. The company's website, Kickstarter.com, allows people to raise funds by requesting donations for projects ranging from video documentaries to art installations. Although many projects have been funded successfully, Kickstarter is facing some backlash for not taking quick action against a user trying to raise funds for a project that promoted violence against women. The crowdfunding company has since issued a formal apology and admitted that representatives did not act quickly enough to pull the offending project. Customer service professionals can learn a lot from the simple apology issued by Kickstarter.

The project in question is a book called Above the Game, and the author promoted it as a guide to helping men "get awesome" with women. Some people found the book's content disturbing because the author advocates shoving women and other acts of physical aggression as part of the seduction process. It became a customer service issue for Kickstarter when users complained and bloggers picked up on the story. Unfortunately, Kickstarter was slow to act, and the book's author got to keep more than $16,000 in donated funds.

In their apology, company representatives explained that the project was scheduled to end just two hours from when they found out about the offensive material. They said they were not used to taking such quick action. This is a great lesson for customer service professionals, as it illustrates the importance of acting quickly to resolve service issues. Although Kickstarter made a mistake in handling the issue, representatives were quick to issue an apology and show users that their voices had been heard. This is also important for customer service professionals, as one of the best ways to provide excellent service is to make customers feel that you are listening to their concerns.

Mindi Chahal of "MarketingWeek" says companies must communicate consistently across all channels and speak in a language customers can understand. Kickstarter did this when issuing a formal apology. Company representatives explained why they did not cancel the project and apologized for handling the situation incorrectly. Customer service professionals can learn a lot from the crowdfunding site, as it is important to remember that mistakes do happen. Most customers do not expect your company to be perfect, but they do expect you to own up to mistakes and make them right. Kickstarter did this by apologizing, prohibiting future users from starting projects related to "seduction" guides, and promising to donate $25,000 to RAINN, an organization that works to raise awareness of sexual assault.

As a customer service professional, you will experience times when you have to own up to a mistake or apologize to a customer for a service issue. You can learn a lot from the way Kickstarter handled this issue, as company representatives were quick to apologize and took steps to show consumers that they are sincere about their apology. Apply this lesson to your customer interactions, and you will have a more rewarding career.