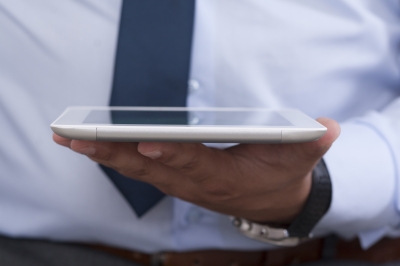 Despite competition from bigger smartphones and smaller laptops, tablets remain an attractive choice for many consumers, including young professionals and gamers. The best tablets combine an attractive look, convenience, performance and speed in a handy little package. There are dozens of tablet brands on the market, but TechSpot reviewed a handful of the best tablets of 2015.

Although the Apple iPad Air 2 was released in 2014, it remains the overall best tablet for most users due to its streamlined design and outstanding performance. It offers the best selection of tablet-only apps, with a lighter and thinner design than the original iPad Air and a 10-hour battery life. The 1.2-megapixel front camera and 8-megapixel rear camera aren't winning any photography awards, but photo quality has never been a major point of competition among tablets. With the recent release of iOS 9, Apple now offers more features for multitasking, such as split screen and picture-in-picture capabilities. If you own another Apple device, features such as Handoff and Continuity allow you to begin a task on one device and finish it on another. The base model iPad Air 2 comes with 16 GB at about $427; for $100 more, get the 64 GB model.

The Microsoft Surface Pro 4 was voted the best tablet for productivity by TechSpot. Featuring Windows 10 operating system, fast performance and a sharp, high-resolution display, it is considered a full-fledged laptop replacement. The slightly larger 12.3-inch screen, adjustable kickstand and a large, glass trackpad and Surface Pen make it extremely interactive and user-friendly. The $899 price tag might come as a shock to some, but the Surface Pro 4's features make it a true laptop alternative that is ideal for professionals.

The Sony Xperia Z4 is a great tablet option for users looking for an Android experience. It is as thin as the iPad Air 2, with a high-resolution 10.1-inch display that is water and dust resistant. The 8.1-megapixel rear camera and 5.1-megapixel front camera are comparable with other tablet brands and great for video chatting. Noteworthy features include FM radio, 17-hour battery life and Bluetooth connectivity. It also features Sony's Remote Play, which allows users to stream content from PlayStation 4 from anywhere with an Internet connection. The base model Z4 comes with 32GB of memory for about $625, with a microSD slot that stores up to an additional 128 GB.

Before purchasing a tablet, consider how you will use it. Do you use a tablet primarily for gaming, video streaming and social media? Or do you need your tablet to generate professional charts and graphs, while standing in as a secondary laptop? The answers to these questions can help you determine which tablet is the best option for you.

Sponsored: It's Time to Reshape the CAD Industry
blog post from Core77

T-Mobile is about to make its most exciting new service free for al...
news via Yahoo News - Latest...