What are the Most Pervasive.Inappropriate Office Behaviors? 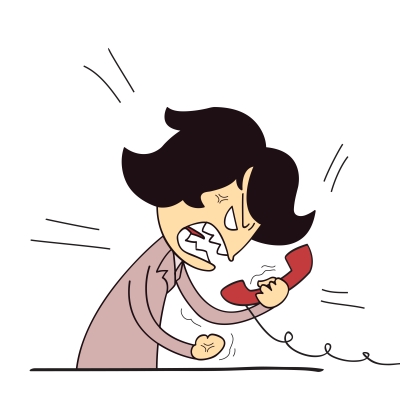 In a 2018 poll of over 1,000 American adults, NPR and Ipsos found that the same office behaviors that most Americans state are inappropriate are also fairly common in the workplace. Survey participants labeled behaviors as inappropriate, appropriate or it depends, and then answered whether they had seen the behaviors at work or participated in them. Here are some of the top results.

Over 95 percent of survey respondents found spreading sexual rumors about co-workers to be inappropriate office behavior, but nearly 40 percent had seen this type of behavior on the job. This subtler form of sexual harassment may not make headlines, but it's important for managers to be aware of any gossip circulating to stop it right away for a more safe and positive atmosphere at work.

Office behaviors such as discussing co-worker’s sexual preferences or sexual histories, sharing personal sexual information, and telling sexual jokes are inappropriate according to over 90 percent of those surveyed. On the other hand, around 50 percent of those surveyed experienced this behavior on the job. Protect yourself and keep your co-workers comfortable by avoiding any sexual discussions at work.

With over 90 percent of respondents labeling touching, leaning in and cornering as inappropriate office behaviors, be sure to keep your hands to yourself at work. Standing too close to co-workers or casually brushing against them was also seen as inappropriate by the majority surveyed. If you find yourself the victim of this type of unwanted behavior, document the incidents and don't hesitate to discuss the problem with your supervisor or human resources manager. Sexual harassment is illegal, and everyone has a right to feel safe at work.

Eighty-two percent of those surveyed labeled a supervisor's flirting as inappropriate, even if the supervisor felt the attraction was mutual. Unfortunately, nearly 40 percent of respondents also saw supervisors flirting with their employees at the office. On the other hand, only 30 percent of respondents labeled asking a co-worker of equal rank on a date as inappropriate office behavior. Supervisors need to be especially careful to avoid inappropriate behavior to their direct reports because of the inherent power imbalance of the work relationship.

Most Americans have a strong sense of what's inappropriate at work, and yet, have seen many of these same inappropriate behaviors on the job. On the other hand, not many respondents admit to taking part in any inappropriate behaviors, even in this anonymous online survey. Take a good look at your own office behaviors to ensure you aren't making anyone uncomfortable at your workplace and avoid harassment charges.

Photo courtesy of jesadphorn at FreeDigitalPhotos.net