What is AMT and Why Does it Matter? 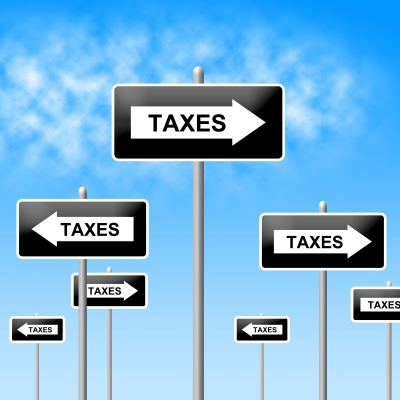 Alternative minimum tax made news in March 2017 when MSNBC commentator Rachel Maddow examined President Donald Trump's 2005 federal income tax return that someone allegedly leaked to the media. Forbes magazine explains what this tax entails and why ordinary people should know about it. Accountants may not run across this tax very often, but the math behind the tax is very confusing on paper.

The alternative minimum tax, or AMT, started in 1969 when the federal government noted that 155 people with incomes greater than $200,000 failed to pay any income taxes, using tax breaks and deductions to get around making payments. These taxpayers didn't do anything illegal, they just used the tax code to their advantage by maximizing deductions, living in high-tax areas and spending money on investments.

People only pay the alternative minimum tax if they earn enough money and claim certain deductions. For a single taxpayer, the minimum income to earn is $54,300, as of 2017. For married spouses filing jointly, that figure is $84,500. After taxpayers meet this threshold, the deductions come into play. These deductions may seem rare.

One deduction includes tax-exempt interest from private activity bonds. If a person's income is less than the threshold amounts, a taxpayer's investments are not subject to taxes. Once someone earns more than the stated minimum income, the alternative minimum tax comes into effect. Those private activity bonds are taxable for payers of the AMT. The system works by removing deductions and loopholes that people with lower incomes can use to pay less or no taxes.

Overall, IRS Form 6251 lists around 60 lines of tax-preference items that taxpayers must pay income taxes on if they reach the minimum AMT amount.

There's another catch to paying the AMT. For incomes at or below $186,300, people in 2016 paid a tax rate of 26 percent on income. For anyone earning more than that figure, the rate was 28 percent. The threshold numbers for the AMT adjust each year based on inflation, a move that started in 2013, so the numbers may go up gradually year after year.

A vast majority of taxpayers don't have to worry about paying this tax. Tax statistics for 2014 reveal that 4,278,000 taxpayers paid the AMT to a collective amount of $28.6 billion. The number of taxpayers totaled just 3 percent of all taxpayers for 2014.

Moving forward, accountants may gravitate away from income tax preparation to focus more on technology that makes tax time easier. Due to the complexity of the AMT, computer software certainly helps out in this regard.

The alternative minimum tax is a second-tier tax rate for the highest earners in America. Although most taxpayers don't need to worry about it, accountants still need to know about this tax for their highest-earning clients.