What is Amazon's Local Register Service? 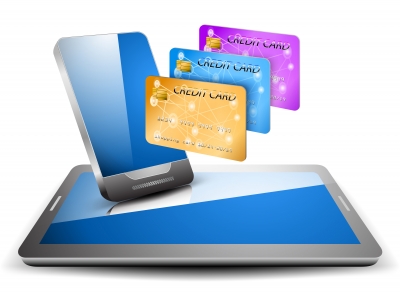 For local merchants, payment processing has traditionally been a hassle. Some companies charge fees as high as 4 percent for every transaction, cutting into profits and making it difficult to keep small businesses going. Amazon is now offering an app and mobile card reader designed to compete with the payment solutions offered by PayPal and Square.

One of the most attractive features of the Local Register service is its pricing. Amazon has already made a name for itself by charging much less than other companies for its tablets and reading devices. The mobile card reader costs a mere $10, and Amazon is capping transaction fees at 1.5 percent until Jan. 1, 2016 for those who sign up for the service by Oct. 31, 2014. For merchants who do not sign up by the deadline, there will be a fee of 2.5 percent for swiped transactions and 2.75 percent for transactions that must be manually entered into the mobile card reader.

If you look at the fees charged by PayPal and Square, Amazon is offering the best deal. As of October 2014, PayPal charges 2.7 percent and Square charges 2.75 percent for swiped transactions. Square also charges 3.5 percent plus 15 cents for every transaction keyed in by hand. Both companies offer free mobile card readers, but the savings are quickly erased by the higher transaction fees. Additionally, Amazon will be crediting the first $10 in transaction fees back to merchants' accounts, so it's like getting the mobile card reader for free.

Amazon's Local Register service isn't without its flaws, though. As of Oct. 15, 2015, merchants will be liable for fraud if they are not using EMV readers. These readers work with credit cards that have chips embedded inside them. Amazon's new mobile card reader is not equipped with EMV technology, which is a concern for merchants who must comply with changing laws and regulations. An Amazon representative said the company will be collecting customer feedback after releasing the first iteration of its new Local Register service. There is a chance the retailer will introduce a more high-tech version of the reader before the 2015 deadline, but some merchants won't be willing to start using the reader now when they might have to switch within a year.

Merchants also have to worry about compatibility issues. The mobile payment solution is only approved for certain iPad, iPhone, Samsung Galaxy and Kindle Fire devices. There's a chance it may work with phones that are not on the approved list of devices, but you may not want to take the risk of ordering a mobile card reader and having to send it back because it doesn't work with your smartphone or tablet.

If you are in the market for a mobile payment system, the competitive pricing of Amazon's Local Register service makes it an attractive choice, but don't rush into a decision. Before choosing a payment processing solution, review your technical requirements, and determine if the low cost of Amazon's new mobile card reader outweighs the risk of trying an unproven device.

Photo courtesy of mapichai at FreeDigitalPhotos.net

Amazon's cashierless stores could ring up $6 billion of new revenue...
news from Markets