What is Birthing Tourism? 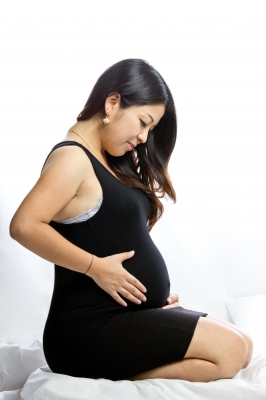 Birth tourism, also known as maternity tourism, is the practice of traveling to another country for the purpose of giving birth to a child there. A majority of instances of birth tourism are a result of North America's relaxed birthright citizenship policies. The reasons for birth tourism vary greatly, as do the backgrounds of the women who have made this practice increasingly popular.

The United States and Canada have become premier destinations for thousands of pregnant women, mostly because of lenient policies on birthright citizenship. Per U.S. law, all children born in the country and under U.S. jurisdiction are guaranteed automatic citizenship based on the Fourteenth Amendment and the practice of "jus soli," or “right of the soil.” While jus soli is a common practice in North America, most of Europe and the rest of the world have modified their birthright laws to discourage birth tourism by mandating that at least one parent is a citizen of the birth country.

Most of the women traveling to the United States and Canada to give birth arrive from South Korea, Hong Kong and Taiwan. Numbers of pregnant travelers from Mexico, Nigeria and Turkey have also increased since the early 2000s. In March 2015, BBC News reported that pregnant women have paid birth-tourism operators up to $50,000 to assist in having what are commonly referred to as “anchor babies.” For this fee, these businesses provide women with travel and visa assistance, accommodation, transportation and help in getting passports for the newborn.

The number of children born as a result of birth tourism has increased throughout the 21st century. The Center for Health Care Statistics conducted a study in 2008 that found over 7,000 children were born in the United States that year as a result of birth tourism. Other sources, including the Center for Immigration Studies, estimate the number to be closer to 40,000 births per year. These children can apply for the official and legal immigration of their parents once they turn 21 years of age. Before that time, parents of U.S born children can live in the country on a sponsor visa.

Women traveling to North America to give birth do so primarily because it gives their children citizenship. Other reasons include the perceived lower cost of an American education and superior health care in the United States and Canada. Reasons can also vary from case to case. For example, South Korean residents with dual citizenship are able to bypass the mandatory military service required of all citizens.

The U.S. government has begun to crack down on illegal birth-tourism operations, but many critics and pro-regulation groups claim that it is nearly impossible to adequately regulate this practice. Aside from the immigration implications, there is also a local economic impact, as a majority of women pay little to nothing for hospital care. It is up to the government to continue to regulate birth tourism to ensure legal immigration going into the future.

Register
Sign In
Friday's Morning Email: Where Mike Pence And Jared Kushner Stand In...
news via Politics - The...

The birthplace of Karl Marx released €0 notes to celebrate his 200t...
news from Markets