What is Business Intelligence? 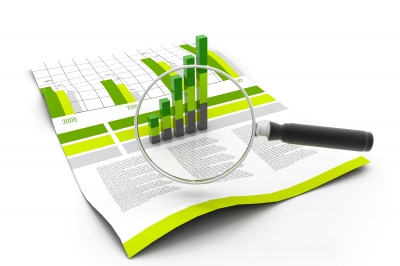 From tossing coins to checking the patterns made by the dregs at the bottom of their cups, individuals rely on a plethora of methods to guide their decision-making processes. In contrast, businesses and other organizations rely on cerebral approaches that are backed by hard data to inform their decisions. Collectively, these processes are referred to as business intelligence, or BI.

Business intelligence processes are characterized by a heavy reliance on data collection and analysis. Because they often work with large volumes of data, these processes require specialized business intelligence software. This software runs the gamut from simple spreadsheet programs costing less than a $100 to complex applications costing thousands of dollars that can record and sift through mind-boggling amounts of information. The software does not necessarily have to be installed on an organization's computers; cloud-based applications are available for a fee and are becoming increasingly popular. This approach is cost-effective, particularly for establishments with limited budgets for computing hardware and software or those that use business intelligence applications infrequently. In addition, it allows organizations to use cheaper but less robust computing devices such as smartphones and tablets for data entry, receiving results and other light tasks, while analysis and other heavy lifting are left to remote servers.

Why is business intelligence so important? Modern organizations frequently operate in complex, ever-changing environments. Some have suppliers, employees and stores all over the world. In such contexts, a data-driven approach makes management and decision-making much easier and minimizes the possibility of making bad decisions, which is always a problem in circumstances where decisions are based on gut feeling and coin tosses rather than logic. Business intelligence gives corporations the tools needed to stay ahead of the competition, and its results are frequently used to rationalize requests and decisions to shareholders, senior managers and clients. It gives managers the tools needed to study the impacts of past decisions and track the implementation of current ones.

Business intelligence plays a huge part in the success of organizations large and small. Restaurant chains use it to determine what to include in their menus, while retailers leverage it to find under-performing stores. It is also used to make tactical and strategic decisions, such as renegotiating contracts with suppliers, identifying untapped market niches and tweaking inefficient internal processes. The process is even used by sports teams. According to Ryan Mulcahy of cio.com, it helped the Patriots win the Super Bowl three times.

Business intelligence software and processes are extremely useful decision-making tools, particularly for organizations with diverse and far-ranging operations. However, the model needs to be fed the right data if it is to give actionable business intelligence that is both useful and accurate. For this reason, it is important for corporate bodies to understand their operations before committing valuable resources to the process.

Executives better get used to handling political risk no matter who...
news via Financial Post - Top...