What is Really in the New Healthcare Bill? 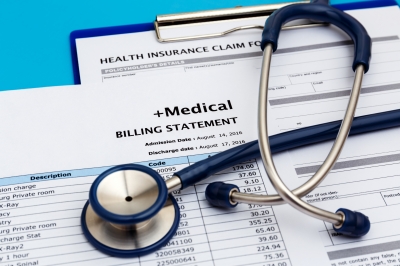 On May 4, 2017, the House of Representatives passed a healthcare bill to replace the Affordable Care Act, or Obamacare. If the bill goes on to be passed by the U.S. Senate, it becomes law. This would result in major changes to the current system. Here is a brief overview of the biggest changes and how they might affect you.

The ACA offers a tax credit system to help Americans who make up to 400 percent of the poverty level pay for insurance. The new healthcare bill changes that system, linking credit amounts to age in addition to income. With the new system, in general, older Americans would receive fewer credits and younger Americans would receive more. The ACA also requires that insurance companies charge older Americans no more than three times what younger people pay. The new bill raises that limit to five times the amount paid by younger Americans and lets states apply for a waiver that could set the limit even higher.

The ACA requires that every American have health insurance or pay a tax penalty. The replacement bill instead requires continuous coverage. If someone lets his insurance lapse for two months or longer, that person faces a 30 percent increase in premiums for the first year after signing up for new coverage.

Medicaid provides free health insurance to the poor. The ACA provides financial help to states so that they can increase their Medicaid coverage to everyone making up to 138 percent of the poverty level. The new healthcare bill puts a freeze on that option starting in 2020. The bill allows people to sign up for Medicaid in states with the expanded coverage up until that point. After 2020, those who do have coverage under expanded Medicaid retain that coverage, but new members cannot be added. In addition, those with expanded Medicaid insurance lose it if they drop off the plan. This could lead to more people joining Medicaid under the expanded plan before the freeze begins.

The new bill also changes the way that states receive federal funding for Medicaid, limiting the funding to a fixed amount per person. This would help lower federal spending, but it could also lead to states scrambling for money to cover costs.

The House healthcare bill allows states to opt out of many of the regulations placed on insurers by the ACA. For example, the ACA requires all insurance plans to cover preexisting conditions. The new bill gives states the right to waive this requirement. This change could increase the number of insurance plans available, but it could also make it difficult for Americans in high-risk groups to find coverage.

The ACA created and increased some taxes to help fund expanded insurance programs. The new healthcare bill repeals these taxes.

The bill passed by the House has a long way to go before becoming law, but if it does, look for higher insurance premiums for older Americans and an increase in the number of people applying for expanded Medicaid before the program freeze. Meanwhile, the Senate is looking to draw up its own healthcare bill, and any final bill passed will likely involve further compromise.