What is the Fed Taper? 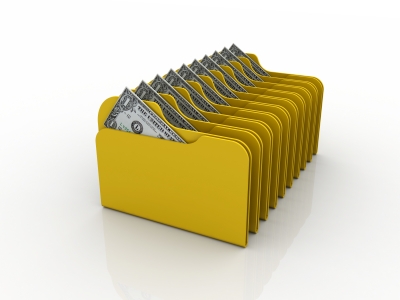 A specialized jargon exists among accountants, as among other professionals, consisting of accounting terms that convey highly specialized meanings in just a few words. These accounting terms are sometimes opaque to civilians, and sometimes that's not an accident. Such is the case with "Fed taper," a term that started being bandied about after Fed Chairman Ben Bernake's speech of May 22, 2013. In that address, he suggested that the Federal Reserve might begin "tapering" some of its quantitative easing toward the end of the year. So what's quantitative easing? To grasp what's going on here, you're going to need to know a few things about what the Fed has been up to and why the Fed taper is being considered.

With the general mayhem of the bank crashes in 2008, the need was felt to support the large financial institutions on Wall Street. TARP and the other high-profile bailout programs got the most attention from accounting professionals, but perhaps the most lucrative long-term subsidy has been quantitative easing (QE). Under this program, which is billed as a normal Fed practice but amounts to a massive money transfer, the Federal Reserve agrees to buy Treasury bills from prime dealers—read: insiders—that bought their T-bills on money they borrowed at effectively zero percent. The Fed then either sits on those bonds or sells them to a wider public, mostly institutional investors such as pension funds. The program has gone through multiple iterations, and the current version (QE3) is responsible for around $85 billion a month in purchases.

What this means is that the most well-connected banks, notably Goldman Sachs, are able to borrow money from the government for free, buy government bonds cheaply, and always be sure of a buyer—$85 billion a month—for them. You might wonder why the Fed isn't just cutting out the middleman and buying the bonds directly from the Treasury. That certainly would be cheaper, but that isn't the point. Quantitative easing has worked as a back-door subsidy for major banks for several years, and it has operated in a way that's just complicated enough to avoid close scrutiny. The scrutiny that has come to the program is the reason the Fed is now contemplating the Fed taper.

The first mention of the Fed taper, in Bernake's May speech, was tantamount to an acknowledgment that QE has opposition among the Fed's board members, who are rightly concerned that there will never be an end to this highly profitable "emergency" measure. Plans were laid to begin scaling back the program starting in October, economic weather permitting. Bond markets trembled with anticipation all summer, as the effects of cutting off—or even dialing down—the money hose that's been expanding the currency supply for almost four years were impossible to predict.

In the end, the groundhog saw his shadow. The October meeting of the Fed's board concluded without an agreement to begin the dreaded Fed taper that would have gotten a handle on the spending. Goldman Sachs stock surged at the news, as did the bond market that had come to view the Fed taper as something akin to starvation. Nothing definitive has been said about closing the program since then, though insiders haven't stopped hinting at a Fed taper in the near future.

That's hardly surprising. QE has the effect of expanding the money supply, which is a warmly valued policy during a stagnant economic period. Slow, fragile recovery doesn't lend itself to austerity measures for bond traders, after all. With the recovery limping along and a new Fed chair being sworn in soon, to say nothing of staunch opposition from prime dealers, the future of the Fed taper is very much in doubt.

An investment chief at JPMorgan's $2 trillion funds arm says 'the U...
news from Markets

One of the biggest narratives behind why the stock market just went...
news from Markets