What is the Social Impact on Customer Service? 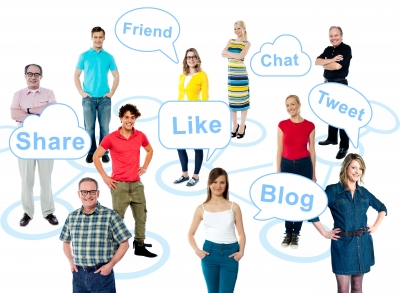 Since 2002, when Friendster first opened its doors in cyberspace, social media has been changing the way the world acts and interacts. Facebook boasts 1.28 billion monthly users; Twitter has 271 million users generating 500 billion tweets a day. No longer an afterthought or a distraction, social media is an essential communication tool for individuals, businesses and corporations worldwide.

According to a 2012 survey from American Express, 93 percent of Americans say that companies miss the mark when it comes to service, and over half have walked away from a purchase because service was poor. Further, social media is producing higher customer expectations. According to the survey, social media users are more demanding than the general public and significantly more likely to share their experiences, both good and bad. While this is great news for companies who are satisfying their customers consistently, it easily can be a death blow to those that are missing the boat.

One advantage that social media provides to customer service departments is easy access. Customers hate waiting. The average American becomes impatient after 12 minutes of waiting in line in a brick-and-mortar business and is irate after 13 minutes of waiting on the phone. Using social media, customers can vent their frustrations, ask questions, give compliments or find product information in real time. This immediacy is a double-edged sword. According to data from Edison Research, 42 percent of Americans are willing to wait only 60 minutes for a response to a post on a company’s social media page, and 32 percent expect a response in 30 minutes or less. Nearly 60 percent of customers expect that response time 24 hours a day, seven days a week. Those same customers do not appear to care much if the company's initial reply resolves their issue as long as it arrives in the expected amount of time.

Most complaints revolve around four major issues: rudeness, passing the buck, waiting too long for an issue to be resolved and the boomerang effect — having to follow up with the company again and again. Social media inherently offers solutions to some of these issues. For example, employees are far less likely to respond rudely to a customer when they have the time to compose a polite, restrained response. Similarly, online communication gives a company time to route issues in the background so that the right department responds to a customer’s request. The ability to satisfy customers relies on a knowledgeable team of professionals.

Customer service is all about building relationships, and social media provides businesses with valuable tools to increase customer engagement and improve perception of the brand. Savvy companies are using social media to resolve problems, build brand loyalty and improve communication between customers and staff.