What the Biggest Tech Trends Will Be 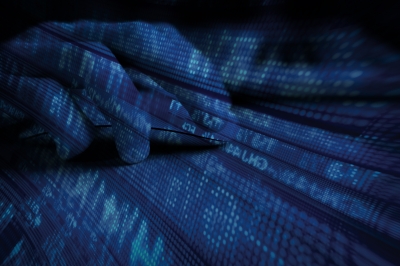 2015 promises improvements on current technology as well as some groundbreaking developments. The 2015 International Consumer Electronics show in Las Vegas highlighted what tech trends we can look forward to, and the theme seems to be connection. Many of our current technologies are going to merge, and integration among devices looks to be a primary focus in 2015.

Home entertainment technology is undoubtedly a key focal point for tech-based companies. This year, the cost of 4,000 pixel televisions looks to be poised to drop significantly. Although the technology is not new, it has been a luxury that many could not afford in the past.

Home virtual reality has been one of the most anticipated tech trends for many years, and now it seems ready to come into fruition in 2015. The Oculus virtual reality headset has been in its beta phase for a few years now, but all signs are pointing to a 2015 release. While there is no set date as of yet, CEO Brendan Iribe says a consumer release is "months, not years away, but many months." Video game enthusiasts may find that one of the exciting tech trends of the decade could be available in less than a year's time.

There is also new technology on the horizon for savvy homeowners. Connecting household security systems, garage doors, locks, HVAC systems and other components of the house looks to be a tech trend in 2015. This could improve safety as well as convenience.

In light of recent environmental concerns, one of the biggest tech trends is creating products that are more efficient and ecofriendly. Besides being environmentally beneficial, energy-saving products can be a cost-effective investment. Items such as thermostats and refrigerators may include "smart" energy managing features that can reduce expenditures and waste.

One new technology that is still in its juvenile stage is the wearable mobile device. The Apple Watch is definitely making some noise in the tech community, and numerous manufacturers are making their own wearables as well as accessories for Apple's offering.

The robotics industry is progressing and growing rapidly. In addition to robots being integrated in Amazon order fulfillment and as security guards for Microsoft, we are likely to see robotic devices that can assist the elderly and the disabled.

While robotic "intelligence" is improving, self-driving cars are not likely to be readily available in 2015, but many car manufacturer's have made astonishing strides towards this promising tech trend. The current main goal is for autonomous vehicles to be "smart" enough to be able to read and follow traffic signs.

2015 looks to be a year of improvement on current technologies, reduced prices for luxury items and further integration of technology in all aspects of life. Some current tech trends simply make life a little easier and others have potential to change the world as we know it. We can definitely expect some surprises along the way.