What to Do if You Bombed the Interview 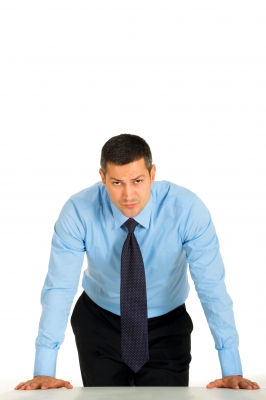 You thought everything went well with the job interview. You dressed for success, were energized and brought your A-game. You sensed a rapport with the hiring manager and answered all the questions better than expected. But many days have gone by, perhaps weeks, and you haven't heard a thing. Or maybe you got the dreaded, "we decided to go with someone else" response. So now what? What's next if you've experienced a bombed interview?

If you're like most people, you're probably feeling a mixture of emotions. You might be disappointed, especially if you thought this job was the "one." You might be feeling rejected, because no one wants to be second best. You might be angry or frustrated with the employer or hiring manager and wonder why on earth he didn't want to hire you after such a great job interview. You may even be scared because you were banking on this job to move up in the world or pay off bills or make a life change. It's perfectly normal and acceptable to feel these emotions, but what you don't want to do is let them take control.

You also don't want to get overly emotional when you contact the hiring manager to ask for feedback on your job interview and the reason why you weren't hired. In fact, it's probably a good idea to wait at least a week before contacting the hiring manager so you can let your nerves settle and any feelings of frustration or anger cool down. You never know, the company might have another position open in the future that's more fitting to your personality and talents. Leave the hiring manager with the best impression of you possible so you're the first person he contacts when there's a new opening.

You're probably going to want to evaluate what happened during the job interview. This time, instead of being caught up in the blush of what you thought was a great interview, review your interview with a critical eye. Were you prepared enough? Were there any questions the hiring manager asked that you didn't quite answer? Did you seem knowledgeable about the industry or the profession? Did you do your research on the company and the position ahead of time? Did you remember to ask questions at the end that indicated your willingness to learn and desire to be a part of the company's team? This is also where the hiring manager's feedback can be helpful.

Do a self-analysis first and compare it to the hiring manager's perceptions to see if there are any problem areas that match up. If there are, concentrate on improving those areas for your next job interview. And there will be more interviews; after all, the excellent cover letter and resume that showcased your skills and abilities netted you this interview and will surely do the same in the future. Try to be positive and consider this bombed interview as a learning opportunity. Use it to strengthen your weaknesses and show you're ready for the next challenge.

You might have bombed your last job interview, but it doesn't mean you're out of the game. Ask for feedback, evaluate your performance with a critical eye, and keep searching for jobs to find the one that really is a perfect match.