Where Are the New Healthcare Jobs? 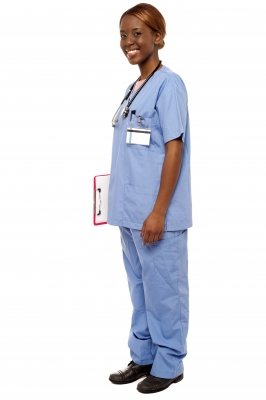 Since the introduction of the Affordable Care Act, industry analysts have been carefully watching the growth rate of health care jobs. While hiring has risen in the industry as a whole, growth has not been equal across all sectors. For industry professionals, the numbers indicate the direction of the health care field.

In the years since the 2008 recession, the health care industry has been a standout in the American economy. Health care jobs have continued to grow, even as other industries came to a standstill or declined. In August of 2014, the industry gained 34,000 jobs. In comparison, employment in the manufacturing and retail industries was essentially unchanged over the same period.

Health care hiring, particularly in 2014, has favored some sectors over others. Outpatient treatment facilities and home health businesses have been adding health care jobs rapidly. Between July 2012 and July 2014, both sectors rose between 9 and 10 percent. Doctor's offices also increased hiring, but not at the same rate. Over the same period, they increased employment by just over 4 percent. Most of these jobs went to workers with less education. In contrast, hospital hiring has stayed relatively flat. In July 2014, it had grown by only 0.3 percent.

The dramatic divide in health care jobs growth indicates that consumers are changing their habits. Spurred by high costs and high insurance premiums, many are avoiding high-priced hospital care and choosing more affordable outpatient care or home care. The nature of the hospital sector also contributes to its slow growth; it is a well-established system, so hiring is naturally slower.

The Affordable Care Act also played an important part in the shift away from hospital-centered care. The ACA brought considerable cuts to hospital payments. It also includes incentives for consumers to spend less time visiting emergency rooms and making expensive hospital visits in favor of other treatment options. What's more, as media outlets continue to expose the dramatic inefficiencies of the health care system, many consumers are taking control of their care and opting for better, more efficient options.

The health care hiring trend serves as a warning to both job seekers and industry businesses. People looking for medical jobs may have better luck in the booming outpatient or home health care sectors. Hospitals are already taking note; many are undergoing massive restructuring processes to improve efficiency and focus on the entire care continuum, rather than isolated portions of it. At present, it appears that the contrasting growth rate of health care jobs is spurring positive change in the industry.

As the effects of the ACA continue to play out, the health care job growth rate is expected to even out. It may take years, however, as hospitals and consumers find their way in the new health care system. Until then, patients have multiple options for affordable care.