Where is Engineering Hiring Exploding in the US? 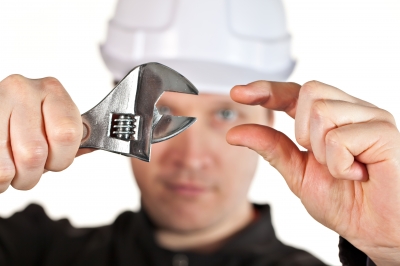 If you're looking for engineering jobs so that you can build a successful career, it's important to consider the type of work you do and the area you live in. There are areas throughout the United States where engineering is booming, so picking one with a lot of potential job growth could help you establish your career quickly.

If you're a software engineer, you want to look for jobs in areas that have a lot of growth in the technology field. According to Forbes, Seattle, Wash., has seen a 12 percent growth in tech jobs over the past few years, including positions for software engineers. According to Simply Hired, New York City, San Francisco, Denver, and Las Vegas also have a lot of tech jobs for engineers; however, if you're looking for an area that has a high percentage of growth, Houston, Oakland, and Charlotte are places that you should consider. Another area that should be high on the radar of software engineers is Silicon Valley, CA. The city is home to numerous tech startups that have turned into mega corporations, such as Google, Netflix, Yahoo, and Facebook.

Overall, the availability for engineering jobs is on the rise. This is because a large number of engineers are baby boomers who are reaching retirement age. Because of this, the demand for engineers is growing. Recently, Monster.com did a study based on the type of job ads on the website and indicated that ads for engineering jobs have increased approximately 44 percent over the last year. According to Monster.com's research, companies are in need of electrical engineers, mechanical engineers, civil engineers, industrial engineering technicians, and aerospace engineers. You can also check this infographic from Nexxt for the best places to find a job in Q1 of 2013.

If you're a biomedical or chemical engineer, you'll probably have better luck progressing your career on the east coast. Places such as Lowell, Mass., Bethesda, Md., and Wilmington, Del., continually have a high number of jobs for both biomedical and chemical engineers.

It's important for engineers to live where they can find work. Fortunately, the overall demand for engineers is high, so there are multiple locations to choose from. Regardless of the type of engineering jobs you've decided to pursue, you will have less trouble landing a job if you live in the right location.

A popular cryptocurrency exchange is hiring to build products for W...
news from Markets

Google revealed new info about its workforce, and it shows a big re...
news from Markets