Which Retail Companies Are Worst at Customer Service? 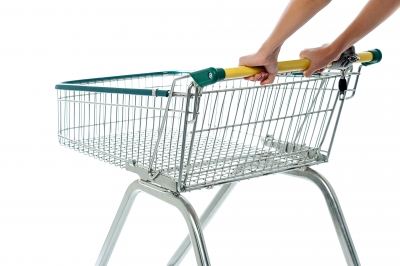 Walmart has the worst reputation for customer service among all retailers. This company's rating remains low when only considering the discount and department stores as well as when including the superstores that house the supermarkets within the stores.

Netflix has a slightly higher reputation than Walmart with its ACSI score, but not much. Many online retailers tend to score well in terms of customer satisfaction, but changes in the company, such as higher rates, have lowered customers' overall satisfaction with Netflix.

Safeway supermarkets also score poorly in customer service. The large size of these stores possibly contributes to this dissatisfaction because many customers find shopping in these stores cumbersome.

Another large retailer with a poor reputation for customer service, CVS Caremark, ranks under competitors such as Rite Aid and Walgreens. Despite its large size, it continues to be a force in terms of its stock value.

Sears finds itself as one of the retailers with poor customer service for various reasons, including its restrictive coupons, poor delivery service and limited rewards program. However, treating customers poorly in this case reflects poorly in the company's revenue.

SuperValu's holdings include grocery chains such as Sav-A-Lot and Albertsons, but many of these holdings perform poorly on the ACSI. SuperValu has even seen some decrease in its stock value with this reputation.

Customers of the Gap and some of its other holdings, such as Old Navy and Banana Republic, report dissatisfaction with this retailer. The Gap tends to underperform in customer service in comparison to similar specialty stores.

TJX Companies, parent company of T.J.Maxx and Marshalls, also ranks low in specialty store customer service. However, customer gripes do not affect its net income as it continues to stay more than afloat in its earnings.

Walgreens ranks slightly higher than its competitor CVS on the ACSI, but still low among all retailers. Many customers find the ubiquitous chain drugstore on every corner, but do not always approve of its customer service.

A poor score in the ACSI sometimes has negative repercussions for retailers and often affects their bottom lines. However, some retailers manage to stay in the black with their net incomes despite having reputations for poor customer service. Online outlets tend to score better than traditional brick and mortar operations, so the traditional outlets have to keep their eyes on the ACSI and keep their customers satisfied.