Whither the U.S. Postal Service? 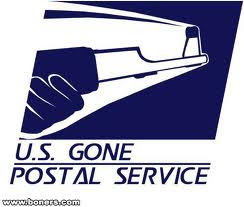 The country's oldest logistics enterprise aside from the Army, the U.S. Postal Service, is on the skids.

Perhaps you don't think of the USPS when you think logistics, but it's definitely in the business: it delivers more than 177 billion pieces of mail each year to addresses all over the country, including remote locations not served by other carriers. It was the first logistics outfit I was exposed to as well - my father worked as a letter sorter in the main post office in Kansas City, Mo., from the 1950s to the 1970s, and I used to play with his practice sorting case as a child.

Machines now handle those sorting functions, saving billions in costs annually, yet the Postal Service continues to run deficits, something that its spinoff into an independent public agency in the 1970s was supposed to bring to an end. Email and express delivery services have eaten into its volume, yet it must still provide service to every corner of the nation, including remote areas that are expensive to serve.

So the Postal Service is considering previously unthinkable moves. The first of these, floated earlier this year, is ending Saturday mail delivery. The second, put forth this past month, is closing 2,000 underperforming post offices, with an additional 16,000 to be reviewed for possible future shutdown.

The main reason for the deficits, however, is that the law requires the Postal Service to make upfront payments to cover the costs of future retiree health benefits. A change in this law to bring the USPS in line with most businesses and other government agencies would have turned the service's $8.5 billion operating loss last year into a $220-odd million surplus.

Given the role neighborhood post offices continue to play in communities all over the country, and given the continuing mandate to provide universal service to all Americans, it might be wise for Congress to address the problem by changing the law rather than have the Postal Service do it by closing valued local post offices and making it harder to serve remote places.

What does your neighborhood post office mean to you? Would you miss it if it closed? How might the Postal Service go about fulfilling its mandate and still stem the losses? Discuss in the comments.