Who Gets Hit the Worst When Food Stamps Get Cut? 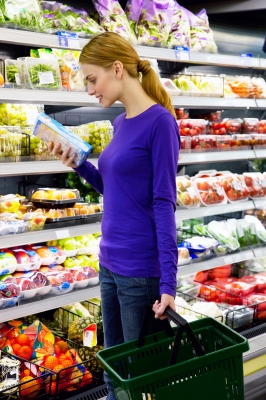 As of mid-2017, the Republican-led Congress and President Donald Trump have a federal budget to work out over the next year. Part of the budget Trump submitted includes $191 billion in cuts to the Supplemental Nutrition Assistance Program, also known as food stamps or SNAP, over the next 10 years. Although the cuts would hurt low-income Americans who cannot afford groceries, the cuts would also harm national retailers.

CNBC, along with retail consultancy firm AlixPartners, calculated that the retail industry could lose as much as $70.7 billion over the next decade if the Congress implements cuts to food stamps. Supermarkets and superstores stand to lose up to $57.5 billion, or 81 percent, of the overall total revenue. For every dollar cut from SNAP, there's a loss of 37 cents in grocery sales.

National chains might take a huge hit. Walmart, by far the single-highest redeemer of food stamps in the United States, could falter by as much as $12.7 billion by 2027. Target, in second place, may lose as much as $5.3 billion. Low-cost chain Aldi, the third-highest redeemer of SNAP benefits, would face a reduction in grocery spending of $4.9 billion. Kroger's hit comes in fourth at $3.9 billion. The ripple effect doesn't stop a grocery stores.

Any low-income families that have discretionary spending would shift that money towards the loss of food stamps. The Trump administration proposes to limit SNAP benefits to $173 per month, a reduction of 31 percent from $252 at levels set in 2017. Families must make up the difference somehow, which means directing discretionary spending towards necessities. Instead of eating out once per week, families would spend more on low-cost groceries. Rather than shopping a higher-priced grocery stores, fixed-income citizens may gravitate towards discount chains.

To see how food stamps benefits a local economy, the retail industry needs to look at the case of Philadelphia in 2010. During the height of the Great Recession, Philadelphia advocated making sure its citizens received the benefits to which they were entitled. Local agencies took advantage of a $500,000 grant from the federal government to help enroll senior citizens in assistance programs. Some estimates were that Philadelphia's residents were missing out on more than $117 million in public assistance benefits. The mayor of Philadelphia said every dollar of state and federal funding towards ordinary citizens helps the local economy, so that's what his city did to help mitigate the effects of a sour economy.

No one is expecting another Great Recession to hit if SNAP benefits go lower, but there is a silver lining for retailers. The billions of dollars in cuts to the program is a small percentage of overall sales. Walmart's cuts over the next 10 years represents 0.26 percent of its overall revenue based on yearly figures. Even Kmart, the flailing national chain that stands to lose the most if SNAP reductions go into effect, only stands to lose 2.5 percent of its overall sales revenue with the GOP-led proposal.

Food stamps represent a huge component of people's lives, particularly low-income citizens. Cutting food stamps also bites into the revenue of retailers, which is why retailers might decide to lobby Congress for a different plan.

Republicans' coronavirus aid bill is a joke. It might take a stock ...
news from The Week - Business