Whole Foods, Half Off 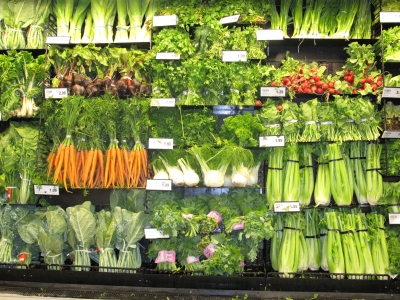 Whole Foods market remains a health-food juggernaut, despite the company's recent earnings debacles that drastically lowered its stock price in 2014. John Mackey, the CEO and founder, changed his strategy in a few key areas to try to draw customers back to his stores.

Mackey and co-CEO Walter Robb cite competition and aggressive expansion caused the vaunted chain's slowdown in the early 2010s. The Great Recession sent stock prices from $30 to $4 before the company rebounded to $60 per share in 2013. Then came May 2014, when Whole Foods cut is sales and earnings forecasts for the third time in 12 months. The stock plummeted 15 percent.

Mackey and Robb then decided to do things differently to become more like the competition. Whole Foods, traditionally, shuns advertising and marketing. Instead of nationwide commercials, the grocery chain relies on word of mouth to get customers in stores. In October 2014, the company aired a rare nationally televised commercial after spending $20 million on advertising.

Some items now go on sale in the produce aisle to remain competitive with rival stores that have lower prices. Several other chains has crept into Whole Foods' territory, and retailers such as Walmart and Kroger now have organic selections on basic items. In order to stay relevant, Mackey had to lower prices in some key areas.

Another marketing ploy brought Whole Foods into the mainstream consciousness. A new loyalty program runs on the company's smartphone app at about a dozen stores in the Northeast. Rewards include discounts and cooking classes run by an in-store chef. The grocery chain had a loyalty program in the 1990s, but Mackey shuttered the idea when customers resented that in-store discounts applied only to cardholders.

Mackey hopes to do something even more unique in the future. The CEO wants to offer health clinics for employees and customers. Mackey calls the program Total Health Immersion, a week-long program during which people can talk to health care professionals about diet, weight loss and healthy living. The program would likely be a first for the retail industry. If this health care model is successful, Mackey states other companies will surely follow the example.

Loyal employees love working for the popular chain. Starting wage is $10 per hour, with upper-level store employees making $20 to $28 hourly. Employees have access to health insurance, and the grocery chain frequently makes Fortune's list of best companies for which to work in America. The company still leads the organic food sector in terms of a place people want to work and shop.

Despite recent snafus, Whole Foods' stock rebounded 6 percent in January 2015 thanks, in part, to its new marketing initiatives. The organic food retailer still has a long way to go before it recovers enough to compete with discount chains. The key remains offering goods and services found nowhere else.