Why Accountants Can Be The Happiest People on Earth 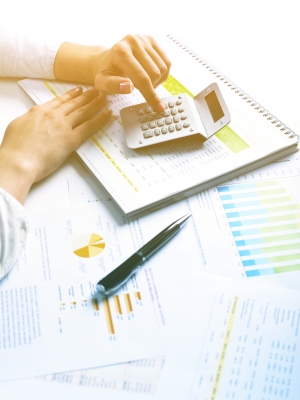 Accountants are often thought of as number crunchers rather than the happiest people on Earth. However, this career made Forbes' “Happiest Jobs in America List” and has even been named one of the greatest jobs by U.S. News & World Report. A closer look at accountant jobs reveals the reasons why working in the accounting industry often results in happiness.

Accountants have a good level of job security, which has been shown to increase overall job satisfaction and happiness. Accountants have an inherent level of job security because tax returns must be filed each year, and businesses and people with complex financial situations require the specialized knowledge of an accountant to comply with complicated and constantly changing tax laws. As a result, the accounting industry is impacted less by economic downturns, making accounting jobs more stable than many other professions. Accountants are also in-demand professionals, which adds another layer of job security. According to the Bureau of Labor Statistics, accountant jobs are expected to grow 15.7 percent from 2010 to 2020, for a total of 190,700 new accountant jobs.

Accountants are also paid well for the work they do, which is another key factor affecting satisfaction and happiness. The median annual wage for accountant jobs is $63,550, or about $30 an hour. In comparison, the median annual wage of all occupations combined is much lower at just over $37,000 per year. In fact, the bottom 10 percent of accounting earners made an average of $39,000, exceeding the average annual wage of all occupations. The top 10 percent of accountants made an impressive average of just over $110,000.

Aside from good pay and job stability, accountants can be the happiest people on Earth due in large part to the job satisfaction that comes from helping people navigate rough financial territory. Many accountants do more than simply file tax returns for businesses or individuals during tax season. Businesses and people with complicated financial situations must work year-long with an accountant to establish and maintain a financial strategy to reduce tax liability and maximize credits and deductions. Saving people money and easing fears about tax liability is just one of the satisfying elements of being an accountant.

Many accountants also derive a high level of satisfaction from the job perks. While it is no secret most accountants expect to work long hours during the tax season, other periods of the year offer them a great deal of work-life balance. For example, The New York Times called the accounting industry “the model promoter of work-life balance” primarily because many larger accounting firms offer their employees the option to take a sabbatical after tax season to travel or spend time with family. Additionally, since there is a demand for accountants, employers tend to concentrate on employee retention, which translates to a better work environment and more job perks.

Like any job, accounting can be stressful and demanding at times. However, the positive aspects of accountant jobs far outweigh the negative. In addition to being stable, rewarding and well-paying, accountant jobs have a tendency to offer opportunities for advancement, and there are a variety of specialized fields in which to work. It is no surprise why accountants can be the happiest people on Earth.