Why Are So Many US Veterans Committing Suicide? 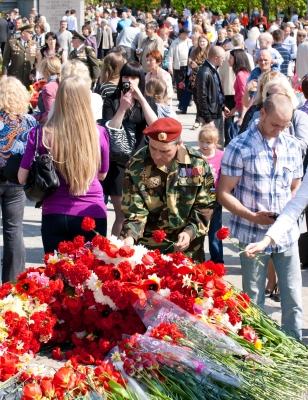 A 2016 study revealed a shocking fact about U.S. veterans. Roughly 20 veterans commit suicide every single day, and the veteran suicide rate is 21 percent higher than the rate in the adult civilian population.

The most recent data included in the study is from 2014, when more than 7,400 veteran suicides occurred. Although veterans make up less than 9 percent of the population in the United States, they accounted for 18 percent of the suicides that took place that year.

For many years, campaigners for veteran services used the figure of 22 suicides a day to draw attention to the mental health crisis that exists in the veteran population. The 2016 study, which is the most comprehensive that the Department of Veteran Affairs has ever carried out, replaces this old figure with a more accurate one. Researchers compiled data from more than 50 million records covering a period stretching from 1979 to 2014 to come up with the new figure of 20 veteran suicides per day.

The study sheds light on a particular crisis facing female veterans. The number of veteran suicides among women grew by more than 85 percent between 2001 and 2014, compared to a growth of 40 percent among female civilians. Veteran services must take into account the particular needs of these women, who may not receive the support they need from the traditionally male-focused mental health services provided by veterans groups. Veterans over 50 years of age are also particularly vulnerable to suicide and require targeted support.

The Department of Veteran Affairs is trying hard to combat the rise in veteran suicides. The department has hired 5,300 mental health professionals to support those who are experiencing suicidal thoughts. The department also partnered with community health providers to ensure veterans get the counselling they need to work through their problems in a safe environment.

Counselling and mental health support can help reduce veteran suicides, but an evolution in societal attitudes may also be necessary to address the problem. Many veterans struggle to find work after leaving the armed forces, which can lead to feelings of depression and hopelessness. Thankfully, some organizations are recognizing the benefits of hiring veterans and are willing to give them the opportunity to forge new career paths after leaving the military.

Joe Chenelly, executive director of the organization AMVETS, asserts that 20 veteran suicides a year is clearly too many. However, he welcomed the accurate data analysis, as it shines a light on the problem and helps veterans groups to target their services where they are most needed. By providing better mental health support to all veterans, including minority of female veterans, veterans groups hope they can reduce the number of veteran suicides.

Photo courtesy of radnatt at FreeDigitalPhotos.net