Why Barnes and Noble is Splitting Its Nook Business 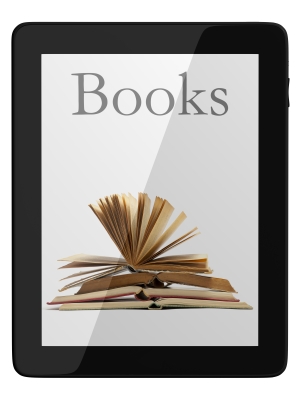 Barnes & Noble announced plans to spin off its Nook Media digital sales division. The split, expected to be completed in April 2015, separates the company’s flailing Nook e-book, digital device and college book sales from the Barnes & Noble consumer bookstores. Barnes & Noble executives list as reasons for the split offering investors the opportunity to diversify holdings in the company and increasing shareholder returns.

Splitting Barnes & Noble into two different companies allows for each to receive separate funding and to sink or swim on its own without taking its sister company down with it. Nook Media and Barnes & Noble are expected to continue to operate in conjunction with each other. The Barnes & Noble split follows a trend of corporate restructurings where the less profitable segments of a business are separated into their own companies to better highlight the strengths of other company components. Time Warner has previously turned its magazine segment Time Inc. into its own company. News Corp became its own entity when parent company 21st Century Fox broke away in 2013. In the case of Barnes & Noble, its brick-and-mortar stores have faced lagging sales that resulted in the closure of several of their 600-plus stores.

While print book retail sales decline due to an increased consumer interest in purchasing books through e-book platforms, the company’s digital sales suffer from intense competition from other companies such as Amazon’s Kindle store and the iTunes iBook platform. To combat consumer apathy, Barnes & Noble stores have branched out to sell merchandise related to their core merchandise stock of print book such as toys, games and collectibles. The company’s new Nook Media division focuses on building and providing support for Nook software, developing the brand’s e-book sales and operating the college text-book segment of the company. The Barnes & Noble Nook device, which has faced lagging sales since its marketplace introduction, is not expected to be at the forefront of Nook Media’s primary initiatives.

Despite the intense competition between e-book platforms, sales of e-books consistently outpace those of their printed counterparts. The split of Barnes & Noble shows the company’s commitment to providing investors with more flexible investment opportunities within the company and a move toward an e-book-centric sales platform. While the Barnes & Noble retail locations remain more profitable for the company overall, consumer spending indicates that e-book sales could quickly become a more profitable asset for the newly formed Nook Media.

In Barnes & Noble’s fiscal years 2013 and 2014, Nook sales, including text books, digital media and devices, were not enough to make the company profitable with the digital arm losing almost as much money as the retail division made. A co-branding partnership with Samsung Electronics and the continuance of a five-year funding deal with partial Nook Media owner Microsoft is expected to assist the digital branch in gaining footing in the online marketplace.