Why Did GM Sales Increase After Recalls? 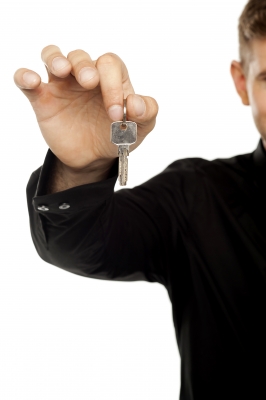 Mechanical problems forcing recalls plagued GM during the first two quarters of 2014. By July, the company had recalled almost 26 million cars in the United States alone. Despite the enormity of the problems and the negative publicity that ensued, GM's sales took an inexplicable upward turn that left financial analysts wondering how it happened.

GM's problems began early in 2014 when it was forced to recall certain Chevrolet Cobalt cars for a faulty ignition switch problem that was linked to 13 deaths. The news media picked up the story, and the onslaught of negative publicity began. The company subsequently recalled millions of other cars for problems that included faulty airbags. The spate of recalls and the number of deaths linked to them is reminiscent of the challenges Toyota faced in 2009 and 2010 when an unintended acceleration problem led to massive recalls.

Toyota's negative publicity and the PR attempts to diffuse the situation almost brought the company to its knees. This may be why analysts estimated that GM would suffer a drop of 6.3 percent in sales during June 2014. Much to everyone's surprise, GM's sales conversions actually increased by 1 percent during that period. In fact, Autodata Corp. reported that GM's share of the US market before the recalls was 16.9 percent. In June, after most of the recalls had taken place, the company's market share had climbed to 18.8 percent, dispelling the myth that negative publicity is never a good thing.

There are several factors that may explain the success that GM experienced in the face of adversity. The economy was certainly stronger than it was when Toyota experienced the same type of negative publicity, and it was the time of year when people were just recuperating from a harsh winter that may have taken a toll on their cars. Many experts, including those at Edmunds.com, believe that the answer is simple — consumers who visited dealerships to take care of their problems brought on by the recall decided to shop, and many decided to buy.

The first step in selling cars is to get prospective buyers in the door, and the recalls and the negative publicity that ensued brought millions of car owners into GM dealerships across the country. Many of the recalls involved older cars or vehicles that GM no longer produces, and these consumers were now facing the updated designs and modern technology in the new cars they saw in the showrooms. The savvy sales teams in these dealerships were able to turn the negative publicity around, overcoming any objections that arose from them and upped their sales conversions instead.

In another stroke of sales genius, GM offered pricing incentives to consumers whose cars had been recalled and who subsequently bought a certified used GM car. Those consumers who purchased a new car were offered employee pricing, which discounted the sticker price by 4 percent.

In light of what GM is experiencing, it might be said that even negative publicity is good publicity. A creative marketing department and savvy sales team were able to take what could have been devastating publicity and turn it around to make the company stronger than ever. Overcoming problems such as this is the sign of a strong sales force.

Behind the Scenes at the Acura Design Studio
news via Core77