Why Did Smart Watches Fail? 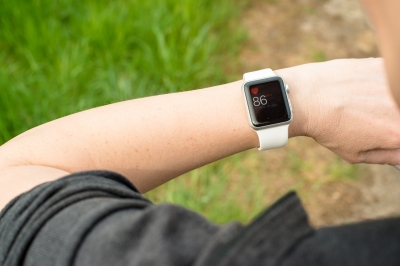 Not Living Up to Consumer Expectations

Early advertising campaigns portrayed the smart watch as the device that would keep users seamlessly connected in nearly every situation. Early smart watches didn't live up to that expectation. Initially, consumers gravitated to smart watches for their novelty and were ready to forgive their shortcomings. When newer models still had these shortcomings, consumers who purchased smart watches reduced their use of the devices. If technology companies invested more time and money in research and development before releasing their wearable technology to the general public, they may have been able to deliver on more of their promises.

Features are Segmented Across the Industry

Consumers prefer wearable technology devices with a full complement of features, but the current crop of smart watches tends to aim each device at a specific market, limiting the features to those desired by a small niche. Many only offer easy access to standard notifications and fitness data. Not only does the smart watch's small size make it difficult to load with features, common features, such as news updates, email access, alarms and GPS, tend to be unwieldy and difficult do use from the small smart watch platform.

Smart watches, particularly those with the most features, tend to be far bulkier than traditional watches. Consumers are resistant to wearing bulky watches, preferring sleeker more fashionable designs. Matter of fact, some of the most desired smart watches are designer models, such as Montblanc's Summit and Tag Heuer's Connected Modular 45, which mimic high-end traditional watches with just a few smart features added. On the other hand, these designer models are too expensive for mainstream consumers. In spite of their bulky profiles, smart watches also have limited battery power. Consumers don't want to have to worry about their smart watch running out of power at an inconvenient time.

Smart watches may have done better if their manufacturers had first focused on enterprise applications instead of the consumer marketplace. Businesses are more likely to purchase expensive technology with targeted applications, and in a business environment, size and battery-life may not be as important. Google faced a similar conundrum with its Google Glass technology and found a thriving market when they began focusing on enterprise applications.

Most consumers agree that the current crop of smart watches does not offer the price point, design or features necessary to make them essential purchases or part of a person's daily routine. Technology companies may want to consider better research and trial programs to decide on the ideal uses for new technology before releasing new products. The first generation of smart watches may have fared better if designed for and marketed to an enterprise market.