Why Do Women Get Lower Bonuses? 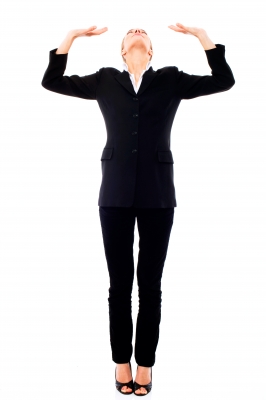 Women are still earning significantly less than their male counterparts, according to a recent study by the Chartered Management Institute (CMI). This study showed that women consistently get lower bonuses than their male colleagues, along with lower average salaries for comparable roles. The CMI suggests that there are many reasons for this pay gap, including "good old-fashioned sexism" in the workplace.

The recent CMI study surveyed just under 70,000 managers in the United Kingdom and found that female directors take home, on average, £11,000 (roughly $18,000) less each year in bonuses than their male counterparts. According to the CMI, these lower bonuses, along with lower rates of pay for women in general, mean that a woman has to work an extra 14 years over her lifetime to earn the same amount of money as her male equivalent.

Speaking in an interview with Sky News, CMI chief executive Ann Francke said, "men's bonuses far outweigh those of their female counterparts." She cited several reasons for women's lower bonuses, including old-fashioned business culture. During the interview, Ms. Francke argued that a lack of transparency over pay rates within organizations makes it difficult for women to tackle the problem of unfair compensation. Without knowledge of the bonus payments that others on the same pay grade are receiving, women cannot stand up to unfair treatment. She claimed that businesses would benefit from conducting pay audits to reveal exactly what each person within the organization receives in terms of salary and bonus.

The CMI claims that businesses need to see the benefits of recognizing and rewarding women. Mark Crail, head of salary surveys at XpertHR, who helped with the study, said that businesses are missing out on a huge pool of untapped talent, as female directors are discouraged by the reduced pay and lower bonuses they receive.

Francke also advised women to be more assertive in negotiating their salaries and bonus payments. Women should ask for bonuses on the basis of their performance, she said, rather than accepting lower bonuses without question.

The pay gap between men and women has been falling during the last few years. However, a clear differential still exists. The average woman in the United States earned 77 percent of a man's take-home pay in 2013. However, the size of the wage gap varies according to location, with women living in Washington, D.C. earning 90 percent of what their male colleagues do. In other parts of the United States, the pay gap is much larger.

Women who receive lower bonuses than their male colleagues are in a tough situation. Many women are scared to speak out for fear of losing their position within the company. Greater openness about pay rates within organizations could help women to negotiate better bonuses and pay rates for themselves.