Why Most of Us Will Break Our New Year's Resolutions 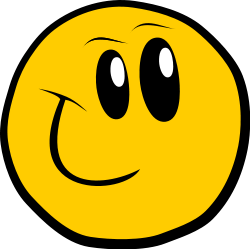 We are only a few weeks into the new year, and if you're like me, you've already made – and broken – several resolutions. It's perfectly normal, and in fact, it's just a part of how we are wired. According to an article from Oliver Burkeman at Newsweek, almost a third of Americans routinely make New Year's resolutions – to quit smoking, work more, go to the gym and so on – and almost all of them fail.

So why is it that in spite of our best efforts, we can't keep our resolutions? Are we just lazy and lack the will power?

I don't think so, and neither does he. The problem is that we look at the new year as a fresh start – one that will finally give us the clean slate we need to do things the right way. We buy lots of self-help books, attend seminars and watch programs that tell us that all we need to do in order to make a change is to get motivated and “just do it”. It sounds great, gives us a short-term mood boost and fills us with the sense that we can accomplish whatever we want. The only problem is that it's not the way to make real change.

Real change is hard and it takes more than determination. In order to make real change, we have to be willing to do something, even when we aren't motivated and in spite of feeling tired, bored or whatever. Added to that, making big changes can deplete your stores of will power before you've even begun creating the new habit. Not only that, but we aren't so good at predicting what changes will make us the happiest. When the reality fails to live up to the hype we've created in our minds, the resolutions seem ineffective and are quickly forgotten.

A good example of this is people who make a resolution to lose weight. In order to get motivated, they imagine how much happier their life will be if they were thinner. I have some friends who think this way and they constantly talk about how much better their life will be when they finally get skinny. In their minds, when they reach their ideal goal, the clouds will part, they will feel happy, self-confident and will be able to find love, start enjoying their lives and get on with the “happily ever after” part. After expending all of that energy fantasizing about their perfect skinny life, there is little left over to actually spend on creating healthy meal plans or going to the gym. To make things worse, if they actually followed through on their resolution, they would find that even when they reach their goal, they will still be the exact same person they were before – just thinner. They will still have the same problems, the same struggle with confidence, and even the same relationship. Losing weight might make them feel healthier and happier, but it won't change their lives in the way they'd imagined.

So, what can we do to combat this problem? According to Burkeman, the solution is to stop making big resolutions and instead, make small, easily reachable goals throughout the year. Each accomplishment makes you feel more capable and adds to your will power. Sociological studies have pointed to this for years, insisting that many small victories can create more happiness and a higher degree of satisfaction than reaching a large goal. These little goals can build confidence and even trick your mind into making lasting change.

Maybe we would all be happier if we made resolutions to give 60% at our jobs. It's certainly a goal almost anyone can reach and even exceed. After reaching that goal day after day, we can try moving the bar up to 70%.

Man on a mission: How Wes Hall and the BlackNorth Initiative are br...
news via Financial Post - Top...