Why People Are Not Buying Tablets 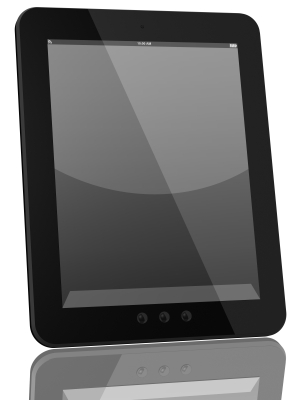 When tablets first appeared on the market, sales were explosive. However, tablet sales have been on a sharp decline since the last quarter of 2013. Industry experts point to a number of possible causes, including the dominance of large-screen smartphones and general buyer confusion.

Possibly the top reason for lagging tablet sales is the confusion behind their purpose. The average consumer asks: Is a tablet a work device, or is it better used for leisure? The marketing campaigns for different tablets don't cure the confusion. The iPad can be useful for marine biologists, the Surface 3 is a suitable laptop replacement, and the Samsung Galaxy Pro is marketed as an office device that's great for organizing files and taking notes during meetings. One look at the top-selling tablet devices on Amazon, and it's clear that tablet users are less interested in productivity and more interested in playing games and shopping on their devices. This conflict is enough to confuse first-time tablet shoppers into not even purchasing.

In addition to buyer confusion, tablet sales are struggling due to smartphones. In 2014, the average phone is not only smarter and faster, but bigger too. Over 80 percent of new phones in 2014 have screens larger than 4.5 inches. When a smartphone is that big, a tablet becomes obsolete.

Another reason for less-than-stellar tablet sales is the relative mediocrity of available apps. Most of the popular apps available for tablet users are already hugely successful on smartphones. Developers are finding that it simply isn't a good use of resources to keep churning out tablet-exclusive apps that won't see mainstream success. The result? Large-scale, blurry interfaces that are best suited for viewing on smartphone screens.

While the smartphone market is fiercely competitive between Apple, Samsung and budget upstarts like Xiaomi, Apple continues to dominate when it comes to tablet sales. Apple ships out 75 percent more devices than Samsung. Despite the onslaught of Samsung and Microsoft tablets making market debuts, the iPad continues to reign supreme since its debut in 2010. However, even the iPad has experienced dropping sales figures, according to the International Data Corporation. Compared to 2013, sales for the first three fiscal quarters of 2014 were lackluster. However, Apple already has a remedy in the works, as a new partnership with IBM promises to bring new innovations, including products specifically for commercial use. Apple hopes to see an increase in tablet sales with these new ideas.

The reasons for the decline in tablet sales are clear: their purpose is not well-defined. More smartphones are growing in size, apps leave much to be desired, and Apple has yet to experience real competition. The International Data Corporation predicts that the growth of tablet sales will continue to slow and eventually dip into the single digits by 2017. However, new innovations and stronger commercial success could turn things around.

Is the PC Dead?
article posted by Nancy Anderson