Why Should a Nurse's License Only Be Good in One State? 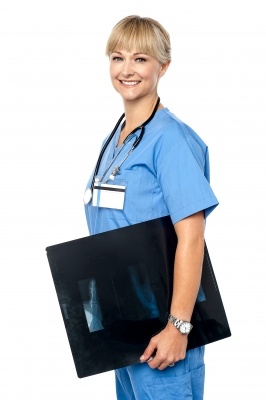 A nursing license normally covers just one state when a person obtains the ability to practice this profession. However, several entities feel one step forward for the nursing profession is to create a way for nurses to have licenses in multiple states at one time. One advocacy group wants a coalition of 26 states by 2018.

The Nursing Licensure Compact is a group of eight states, as of 2016, that allows a person with a nursing license in one state to practice in the other seven. Two other states are on the verge of joining this coalition to bring it up to 10. There are several reasons why this arrangement is advantageous for states, health care systems and the nursing profession.

Jim Puente, director of this compact and with the National Council of State Boards of Nursing, cites telemedicine and underserved populations of Americans as the impetus for having a multistate nursing license compact. With licenses that cross state lines, nurses can deliver medical advice through the phone or over the internet. Nurses can transfer jobs within a multistate health care agency very easily if they see an opportunity to go elsewhere to serve those who need medical care.

Obtaining a nursing license in many states all at once can get expensive. A multistate licensure program eliminates redundancy and takes pressure off of any single state licensing board that may have an overload of work. Professionals can easily relocate to other states with a multistate license, especially where demand is the heaviest.

If one hospital gets slammed with a lot of patients at once, such as a flu outbreak in winter, a hospital system can call on nurses from a nearby state to help with the overload of patients. The same could be true of natural disasters such as hurricanes, floods or tornadoes with a high injury count.

Local governments fear losing revenue from nursing programs if people seek a license from out of state. Different states have different fee schedules for maintaining a nursing license, and a person might go to another state where fees are less expensive.

Nursing unions in Minnesota and Rhode Island don't like the fact that nursing standards may be inconsistent from state to state. Does a nurse in Massachusetts have the same educational and licensure standards as a nurse in Kentucky? In general, health care systems are on board for multistate licensure because it makes sense with the trends in telemedicine and a move toward less centralized care in underserved rural areas.

A nursing license represents a lot of dedication and hard work to the profession. State legislatures and nursing boards are carefully weighing the advantages and disadvantages of multistate licenses before approving any legislation to move forward to more than just a handful of states.