Why Tax Inversions are a Hot Topic 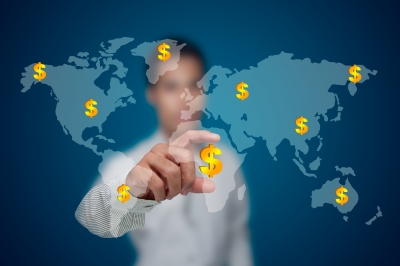 An increasing number of U.S. companies are moving their headquarters overseas in a complex maneuver commonly known as a corporate or tax inversion. Tax inversions reduce a corporation's tax liability by formally changing its headquarters to a country with a lower corporate tax rate. American businessman Mark Cuban recently spoke out against this practice.

To complete a tax inversion, a large U.S. corporation merges with a smaller overseas corporation that is located in a country with a low corporate tax rate. During the merger, the U.S. corporation is restructured on paper to become an acquisition of the smaller company. This moves the legal headquarters of the corporation overseas so that it qualifies for the lower corporate tax rate. Typically, the actual physical operations of the corporation remain in their current locations. Companies participating in mergers that appear to be tax inversions often refute any charges of tax evasion. Tax inversions are legal in the United States.

Following an interview with President Barack Obama on CNBC in which Obama discussed tax inversions, billionaire investor Mark Cuban spoke up against the practice. Cuban, the owner of the Dallas Mavericks basketball team and co-host of the reality investment show "Shark Tank," published a series of tweets bashing corporate tax inversions and calling for investors to pull out of companies that complete inversions. Cuban stated that he would divest himself of stock in any U.S. company that pulls its headquarters out of the United States.

Later, Cuban appeared on the business news program "Squawk Box" and further explained his stance on tax inversions. Cuban maintains that any tax evasion through a tax inversion lowers the tax base. Those funds must be made up by higher tax rates for everyone else, including the stockholders of that corporation. That inherently makes the worth of stock in that company lower than stock in solid U.S. corporations. Cuban adds that a lower tax base hurts the economy overall and lowers business growth, for decreased profits and slower job creation.

In May 2014, the U.S. House Ways and Means Committee made several corporate tax breaks permanent without any plans for compensating for the lost tax revenue. A rash of tax inversions in the pharmaceutical industry is expected to further reduce corporate tax revenue. Possible solutions to the problem in proposed legislation include reduced government contracts for companies who complete tax inversions, an overhaul of the corporate tax system that reduces the U.S. corporate tax rate to be more in line with international rates, and offering tax credits to companies that bring their headquarters back to the United States.

Cuban contends that tax inversions hurt everyone. He has publicly asserted that he is going to sell his share in any company that completes a tax inversion and is encouraging others to follow his example. Look for new tax legislation designed to improve the tax inversion situation and restore lost revenue.

Goldman Sachs analyzed 60 earnings calls and arrived at these 4 cri...
news from Markets