Why You Were Ghosted After The Job Interview 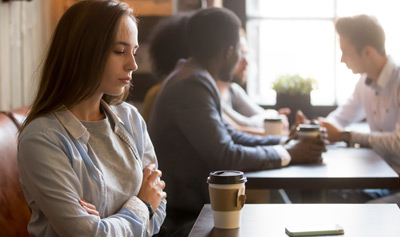 We’ve all experienced being “ghosted” after an interview. If you’ve recently applied for a job and haven’t heard back in over a month, you’re likely being ghosted right now. However, put down the giant tub of ice cream and try to remember that “it’s just business.” Let’s look at why an applicant would be ghosted, what to do afterwards, and how to prevent being ghosted in the future.

Nine times out of ten, an employer will neglect to contact you after an interview either because you yourself haven’t followed up, or the employer is too busy/hiring for multiple positions that need to be filled quickly.

If the employer is struggling to fill a variety of positions with little time to spare, they will most likely have dozens of interviews for several positions and will not be able to respond to applicants who didn’t make the cut for the sake of time. While there is an option of using an automated system or mail-merge to quickly inform all of the non-chosen applicants, most employers or hiring managers do not implement such a system and would have to write each email individually, or at least copy and paste the same message for each applicant, but even doing this could take up a significant amount of time.

Choosing to not follow up after an interview can also be detrimental. While it seems like more of a supplementary step, following up will at least most likely warrant a response even if you didn’t get the job. After all, most candidates want to know if they didn’t get hired so that they can focus their efforts on other jobs, especially if they’re handling multiple opportunities and need to know which to still consider as options before accepting another position.

In order to prevent being ghosted, it’s wise to follow up a couple weeks after the interview. This will remind the employer about your interview, and also send a signal indicating that you need to know whether or not you were hired in order to accept or reject a different job offer. Another option, of course, is to nail the interview and get hired, since your odds of being ghosted are pretty slim if you’re the chosen candidate. You may also want to consider that they are still interviewing, as some companies conduct interviews for several months.

Your last option would be to find a connection of LinkedIn who works for the employer you’re hiring for. You can ask this person for insider information as to whether or not interviews are still being conducted. You may even ask them to put in a good word for you if you know them well enough.

You’re more likely to be ghosted than to receive a follow up informing you that you didn’t get the job, so be prepared. If you do have another job offer waiting, try to get a response back as to what’s going on in the hiring process so that you don’t turn down a different job for no reason. The best advice is to simply nail every interview, roll with the punches, and not get discouraged if you don’t hear back. It’s not you, it’s them.

Why Are Employers Asking Interviewees To Do "Pre-Work?"
news via Refinery29