Why Your Network Strategy Is Failing You 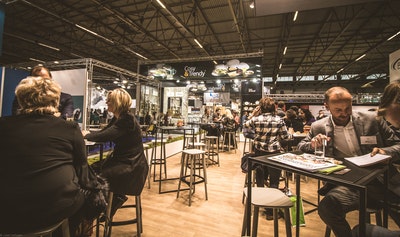 If there’s one thing that will allow you to flourish when looking for a job, it’s having strong connections with people that already know the industry. In order to build those connections, knowing how to network is essential to gaining those meaningful connections that will assist you in your job search. Whether it’s talking to co-workers or reaching out to people on social media, there are many valid ways to network. But sometimes, relationships go dead or they don’t have the same energy when they first started. Even though the main method of networking is communicating with people, there’s still a right and a wrong way to go about it.

If you’re talking to one of your co-workers because you heard they’re getting hired at another company that you’ve been interested in a while, it’s fine to reach about it to them, but you have to keep in mind the type of relationship you have with them. If they’re already your good friend, it would be okay if you outright asked if they’re still hiring people for certain positions, and if they could let the hiring manager know that they have another good employee coming from the same company that’s interested in applying. But if you rarely ever spoke to that person prior, and you start asking for favors, it’s going to make you look selfish and insincere, and word about it may spread throughout the work environment. If you want the best opportunities when reaching out to others, be genuine and don’t outright beg for the things that you want. The least you can do is a learn a bit about the person and make a real connection before asking anything of them.

2. Everyone has wisdom to offer

One of the worst mistakes to make while networking is thinking that certain people don’t have knowledge to offer. It’s possible for co-workers to have as many connections as your boss does. Don’t let position or age prevent you from reaching out to as many people as you can. What some people might do is think very highly of themselves and will only communicate with their supervisor or boss about other opportunities that they can apply to. They also have a very cold attitude towards their co-workers and only think for themselves. Do not carry yourself this way! Not only will you be practicing bad habits but word will get around about you, putting you in a bad light. You will do more harm to your networking process than good. It’d be in your best interest to connect with everyone you can, from your supervisors to your fellow co-workers. Don’t let your ego get the best of you. You’re no better or worse than anyone.

3. Give time for communication

For those higher-ups setting up meetings specifically for the sake of networking, it is crucial to give your employees enough time to communicate during the meeting and actually learn about the people they’re talking to on a personal level. Some companies have the time frame of thirty minutes to an hour for employees to make connections with their business partners, which is ludicrous. If you’re not going to give enough time for meaningful conversations, then there’s no point in putting together a meeting for networking. If you want the best results from a networking experience, have it last longer than two hours. Even try to invest in an event where the networking goes on all day among the two businesses, making it easier for people to mingle and connect with each other. Strong connections don’t only help the employees but the business as well, by reaching out to other companies and spreading their name through their employees.

BILL ACKMAN ON ADP: I lost the vote, but I also won (ADP)
news from Markets
Why we need to humanize law enforcement (and how to do it)
news via PoliceOne Daily News

Non-Traditional Security in a Digital World
news via Design News