Why to Pay Attention to the Lionel Messi Tax Evasion Case 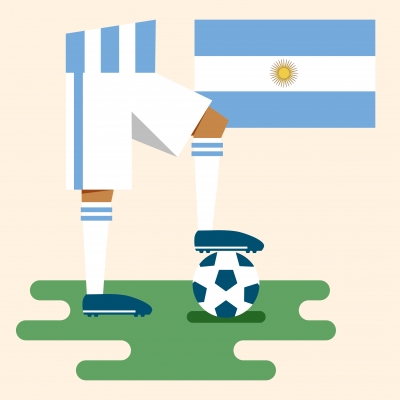 Argentinian athlete Lionel Messi, who was just placed at #4 on Forbes' list of the 100 highest paid athletes, is now facing tax evasion charges that could send him behind bars. Messi was recently awarded a World Cup Golden Ball for Spanish team FC Barca and currently rakes in about $50 million a year. The details regarding the allegations against Lionel Messi make this case highly relevant for all tax-paying Americans.

Lionel Messi and his father are both being charged with what sources are calling a multi-million dollar tax evasion scheme, in which fake companies were constructed in the UK, Switzerland, Belize and Uruguay, with owners' names hidden to protect Messi's income from Spanish tax penalties. Prosecutors allege that money from Messi's myriad of endorsement deals was routed through the U.K. and Swiss companies and then to the companies in Belize and Uruguay, and the entire arrangement was designed to keep Messi's name under wraps. Messi denies the allegations against him and claims his agent set up deals such as this without his knowledge or authorization.

No matter how Lionel Messi's case concludes, the more important issue here is the cracking down on "financial secrecy" all over the world in response to cases like Messi's. In 2009, the IRS and Department of Justice essentially changed the face of offshore banking practices by making a major example out of Credit Suisse, the leading financial services provider headquartered in Zurich, Switzerland. Credit Suisse was forced to pay a $2.6 Billion fine and was hit with a U.S. felony tax charge for failing to reveal account holder names and balances, thereby assisting thousands of Americans in hiding their wealth and evading their taxes.

Lionel Messi's conundrum is common. Americans, in particular, are no longer able to hide income in offshore accounts like they used to. The Foreign Account Tax Compliance Act, or FATCA, is an American-enforced global tax law that requires foreign banking institutions to reveal American accounts with balances greater than $50,000. Names are now being released to the IRS from banks around the world, including Russia and China. Company ownership transparency is the hot topic in places such as Brussels and the U.K., where nominee ownership, in which people listed as owners are in fact acting on behalf of someone else, used to be commonplace. Banking and financial institutions on American soil are also under fire for their roles in covering up clients' shady tax practices.

Lionel Messi and his father are attempting to settle their tax case with Spanish authorities, but their case indicates a worldwide trend of increasing financial transparency. For years, giant banking conglomerates were considered too large to prosecute and basically immune from the law. Cases like Messi's reinforce the current trend, in which banks feel the stronghold of the law and federal government regulations. Gone are the days of hiding money on foreign soil.

Photo courtesy of 1shots at FreeDigitalPhotos.net