Will 3D Printing Really Take Off? 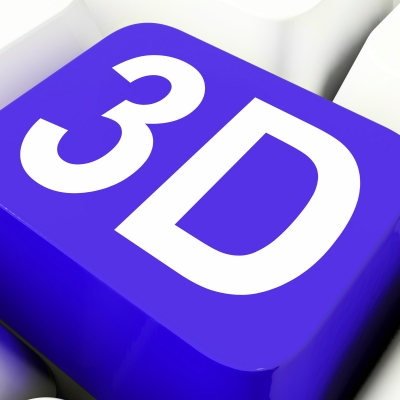 In the past several years, 3D printing has been touted as the latest and greatest disruptive technology for a variety of industries. As printers become more sophisticated, experts are beginning to question whether or not they have the power to reach their imagined potential.

When the 3D printing concept first became a reality, innovators around the world have imagined a wide range of uses for this technology. In the manufacturing industry, engineers imagined using the printers to revolutionize the prototyping process. Other entrepreneurs touted the printers' ability to produce small production runs in a cost-effective manner. The applications seem limitless in industries ranging from jewelry design to construction.

Since the 3D printing craze began, engineers have made great strides in developing the technology. Printers, which used to be out of reach for ordinary people, are now available at more accessible price points. Many universities have integrated additive manufacturing into curriculums, and some even have open-access printing labs available for any student to use. Innovative people around the world have used 3D printers to build everything from models of in-utero babies to small castles.

On the small scale, 3D printing is almost certain to take off. Some analysts and futurists expect that the printers will one day become a regular part of everyday life. With their expansive production capabilities, the printers would enable consumers to print a wide range of standard products at home by downloading the design files from a company's website. Schools will be able to use the printers to teach STEM skills to students. Artisans and designers can use the printers to produce one-of-a-kind designs quickly, without relying on remote manufacturing facilities. The result of widespread 3D printer availability is likely to be an increase in product personalization.

On the large scale, the future of 3D printing is unclear, as the printers have yet to become a true disruptive technology in any industry. While they are lauded for their ability to produce highly specialized components, the printing technology is not yet been proven effective for large-scale commercial use. One aviation company, Airbus, has installed 3D-printed parts on its commercial airliners, but only in a non-essential capacity. Before companies can integrate additive manufacturing for more essential components, the government needs to work out regulations and safety standards — particularly when it comes to products like automobiles and occupied structures. What's more, printers must become more sophisticated in order to meet the precision and quality standards of modern manufacturers. Given the significant potential for cost reduction and faster response times, however, the technology is likely to move forward.

Despite the relatively slow progress in large-scale production, futurists remain positive about the future of 3D printing. As engineers and designers continue to explore the possibilities of the technology, the world is moving closer to a future that will be impacted significantly by 3D printers.

30 Amazing Trips To Take With Your BFFs
news via Refinery29
Dollar rallies against pound as US Federal Reserve sets date for ba...
news via Yahoo Finance