Will High-End Stores Soon be a Thing of the Past? 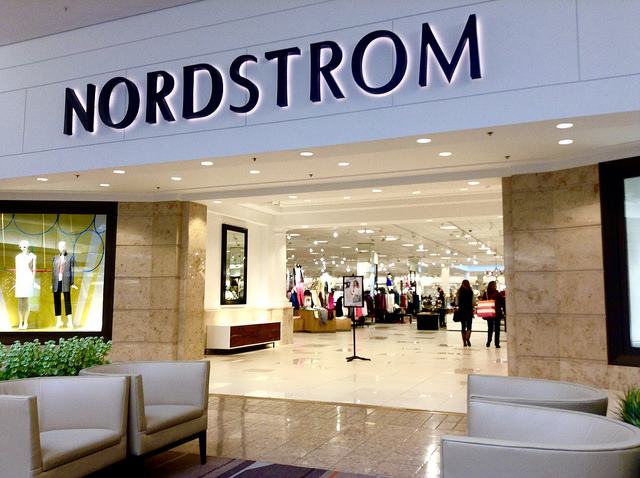 Nordstrom, one of America's stalwart high-end retail stores, announced it is cutting jobs at its corporate headquarters. As many as 400 people are without jobs due to a drop in sales, which may be part of a larger trend in the American retail marketplace.

Nordstrom's sales dropped 3 percent in the fourth quarter of 2015, and the company's inventory rose 12 percent. The high inventory means consumers aren't clearing the shelves like they used to, and the national chain may have to discount items and hold promotions to make room for the next season's fashions. Discounted merchandise may not solve the problem. Nordstrom's woes signify what other high-end retail stores are going through, as wealthy shoppers appear to be cutting spending even when the economy is improving.

The stock market got off to a rocky start in 2016, as the sudden dip in stock prices due to subsequent sell-offs in January caused the market to lose value. Not only did the stock prices of high-end retail places dip, but wealthy investors lost money. Instead of spending the extra cash, rich Americans chose to save some in case the stock market continues to slide. Industry analysts say consumers have turned to spending money on big-ticket items, such as cars, houses, home electronics and tech devices, rather than clothes and home decor. Although stocks did rebound somewhat from the January 2016 doldrums, wealthy consumers may still be skittish.

Restoration Hardware, a home furnishings store that serves high-end customers, cited the stock market as the number one reason why the chain has problems selling its furniture. The chain discounted all of its merchandise from 20 to 75 percent in early 2016, and customers still did not buy as much as leadership had hoped. Discounts, although they may clear inventory, could irreparably damage high-end retail chains such as Nordstrom's and Restoration Hardware due to consumers' perceptions.

In the case of Nordstrom, it has a brand image to uphold. Discounts, sales and lower prices may cheapen the brand in the eyes of consumers. Why would wealthy Americans go to Nordstrom when they can purchase clothes for the same amount at lower-priced chains? The brand perception may mean a shift in quality of products if suppliers don't make as much income, and then the overall value of a high-end retail brand might go down as well.

Nordstrom prides itself on paying high wages, rewarding clerks with commissions for sales and giving employees discounts on merchandise. The chain also focuses on developing relationships with its customer. These ideals may falter if the brand's perception begins to slide.

Nordstrom plans to re-evaluate how it meets customers' expectations by becoming more efficient in the way it handles what consumers want. However, the store does not foresee changing its commitment to customer service. Nordstrom isn't the only retailer feeling the effects of the stock market's slow-down. From 2015 into 2016, Target, Macy's, Neiman Marcus and J.C. Penney all announced they were cutting jobs at their corporate headquarters.

These job cuts may be part of an overall efficiency strategy or simply a way to save money without shuttering stores. No matter what happens, high-end retail stores need to adapt to a new trend in American's spending habits or face possible downsizing.