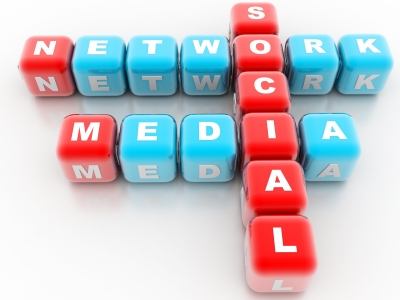 Twitter has long been a favorite social media platform for advertisers, but with the photo-sharing giant Instagram on the rise, the tides may be changing. A Strata survey released in June 2016 shows that, for the first time, advertising agencies are choosing Instagram over Twitter. Whether these results signal the fall of Twitter is debatable, but it undoubtedly forecasts big changes for the company.

In the survey, the Comcast subsidiary Strata asked more than 80 advertising agencies to list clients' preferred social media platforms for marketing purposes. Facebook was the obvious favorite, with 96 percent stating they were likely to use it. While 63 percent said they were likely to use Instagram, only 56 percent would use Twitter. Eleven percent would use Snapchat. This shows that Instagram's popularity grew 29 percent from the first quarter in 2015, and Twitter's popularity decreased 2 percent in the same time period.

Twitter representatives have responded to the results, rejecting the data and claiming thatthe survey doesn't present an accurate picture. They point out that a 2015 Advertiser Perceptions survey showed that 41 percent of advertisers were considering Instagram ads while 46 percent were considering Twitter ads. It also found that only 28 percent of advertisers intended to buy Instagram ads while 37 percent intended to buy Twitter ads. A spokesperson for Twitter claimed that the company has close relationships with its advertisers and that feedback is consistently positive.

Despite Twitter's fame, Instagram has already surpassed the social media sensation in terms of number of users; as of 2016, there are over 400 million users on Instagram compared to around 310 million on Twitter. Advertisers are following their audience, with Instagram hosting more than 200,000 advertisers. Meanwhile, Twitter only has around 130,000. One cause for the popularity shift may be Instagram's broader audience reach and its use of Facebook's advertising technology.

This news comes amidst other struggles for Twitter, including its chief product officer Jeff Seibert leaving the company. The stock has fallen 15 percent since April, and a report by eMarketer predicts that Snapchat is to surpass Twitter in users by the end of 2016. These are just a few factors that may set the stage for the fall of Twitter in the advertising sector.

The Strata survey does have some good news for social media spending in general, however. Seventy-seven percent of agencies say social media is their top area of digital spending, and 17 percent report they plan to spend at least 25 percent of their advertising budget in the social media sphere.

The social media realm is constantly shifting as platforms fall in and out of favor, so it's impossible to say whether Instagram is set to surpass Twitter in the long term. One thing to count on is that advertisers are always ready to catch the wave of social trends.