Will Junior Apparel Retailers Be Able to Survive? 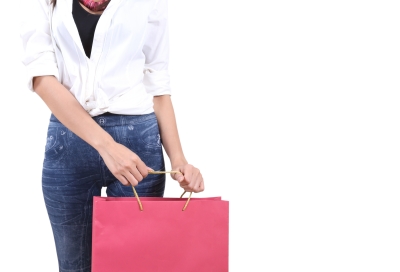 The retail landscape is rapidly changing, and few companies are getting hit harder than teen apparel retailers. As teens are ditching the malls in favor of online shopping, focusing on rapidly shifting fashion trends more than ever, brick-and-mortar mall retailers are having a tougher time reaching this market. With so many teen apparel retailers falling out of the game, is there any hope for these brands to rise up again?

The Demise of Rue21 and Other Retailers

One more junior retailer, Rue21, has fallen, joining the likes of The Limited, Wet Seal and Payless. The teen apparel company filed for Chapter 11 bankruptcy in spring 2017 following the backfire of an over-eager expansion. The retailer was once a shining example in the industry, making it onto Forbes’ list of America’s Best Small Companies in 2012. In the following years, however, leadership pushed for growth amid a tough era for retailers. According to Retail Dive, Rue21 expanded its physical store presence from 450 locations to 1,200 in 2009, a time when other retailers were trying to survive the decline of mall traffic by cutting down physical store locations. A primary reason for the fall of Rue21 is the ongoing retail shift, which has also been affecting many other teen apparel retailers.

A Solution: Switching to Online

One major mistake of Rue21 was failing to invest more resources in expanding online sales. Many retailers have seen e-commerce as a fad, but it's now obvious that the domination of online sales is here to stay. Many retailers are now focusing more energy on their online stores to try to stay afloat, but others are migrating to a fully digital storefront. In spring of 2017, Bebe announced the closure of all its brick-and-mortar stores in favor of an online shop, according to Retail Dive. If teen apparel retailers make this transition smoothly, companies that have traditionally been known as mall fare may make their way into the new era.

Teens and tweens are digital natives who find trends and styles on social media while making purchases with their smartphones. If junior apparel retailers hope to survive, they need to adapt by finding customers where they're currently shopping, and that's no longer the malls. They need to focus on interacting with customers and creating personal brand experience, developing an efficient online sales system, and investing in creative digital marketing with an emphasis on social media.

Teen apparel retailers may continue to have a tough time thanks to the current retail shift toward digital sales and fast fashion. Fortunately, with enough flexibility and some forward-thinking changes, Rue21 and similar stores still have a chance to make a comeback.

Photo courtesy of Pong at FreeDigitalPhotos.net