Will Macy's Be The Next Large Retailer to Fail? 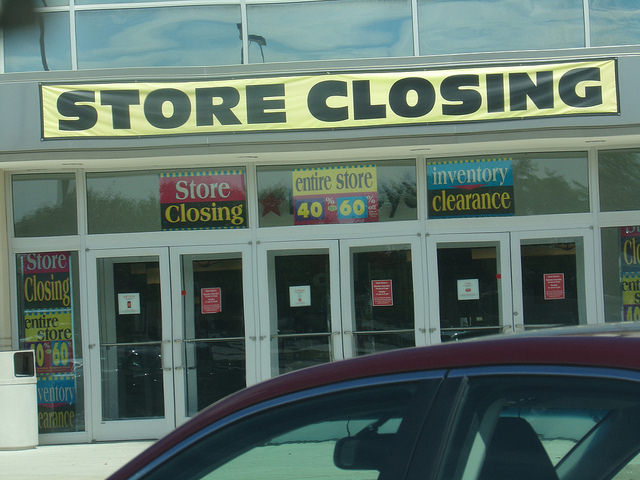 As the holiday season comes to a close, Macy's is one of many retailers suffering from economic woes. After posting disappointing numbers coming in to 2016, the company announced plans to cut costs in an effort to save Macy's stores from closing. The news is the latest in a string of misfortunes for the chain, causing some analysts to believe that Macy's may be next in the line of failing retailers.

In early January 2016, as holiday sales numbers were finalized, Macy's reported less-than-ideal results. The store's sales went down by 4.7 percent in November and December — the store's most dramatic decrease over a holiday period since the recession-fueled drop in 2008. Based on recent trends, the company expects sales at Macy's stores to continue to decline in the upcoming months.

Part of the problem, according to Macy's CEO Terry J. Lundgren, was the unusually warm weather that struck the northern part of the country at the end of 2015. In November and December, when Macy's stores typically sell winter outerwear, many cities were reporting temperatures in the 70s. Washington D.C. was 5.4 degrees warmer than the average during the first week of November. On Christmas Eve, New York City reported temperatures as high as 72 degrees, making the holiday the warmest on record. The extreme warm spell cut into Macy's profits; store officials have attributed 80 percent of the decline to the unseasonable weather.

The weather is only the latest in a string of problems for Macy's stores, however. The company, which focuses heavily on in-person shopping at malls, has failed to keep up with the mass customer movement toward online shopping. In November, Lundgren defended the importance of the in-store experience for people who purchase online. Despite the store's heavy investment in merging the online and offline shopping channels — and efforts to bring in younger shoppers — Macy's has not been able to keep up with retailers such as Amazon.

Heavy competition has forced the issue of downsizing. In early 2015, the company announced its intentions to close 14 Macy's stores. In September of 2015, plans were announced to close 40 additional stores in 2016.

After releasing its subpar holiday sales information, Macy's announced a more stringent plan to reduce costs and improve other holdings. The company plans to eliminate positions at the management, office staff and retail floor levels; these measures are part of a major internal reorganization that also includes the consolidation of service centers. With a solid plan of action, Macy's hopes to avoid becoming the latest in a string of failing retailers.

Although Macy's has not announced plans to close its doors for good, the latest financial numbers have spurred rumors of an eventual collapse. In 2016, experts are likely to keep an eye on sales performance and additional closures of Macy's stores.

Photo Courtesy of CoolCat433 at Flickr.com