Will Pokemon Go be the Game of the Year? 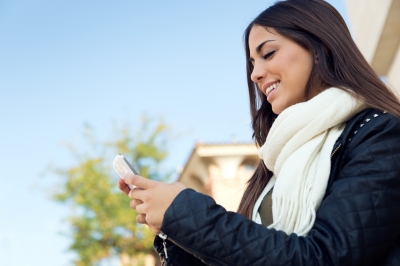 Since its launch in the United States on July 6, 2016, "Pokemon Go" has made a splash in the mobile world. In the hours after its launch, it quickly jumped to the top of the list for app downloads in Google Play and Apple's App Store. The intense initial response hints that the augmented-reality game is on track to be the most popular game of 2016.

"Pokemon Go" is a revitalization of the larger Pokemon empire, which started in Japan in the early 1990s. The Pokemon universe includes mythical, cartoon creatures— Pokemon — that users must capture. The characters make appearances in a number of video games, physical games, movies and anime series.

"Pokemon Go" got its start as an 2014 April Fools joke video that combined Pokemon hunting and Google Maps. The video inspired John Hanke, the CEO of Niantic, the software company behind the app, to pursue the idea of location-based mobile Pokemon hunting. Two years later, his dream became a reality.

The app uses a phone's location services and camera to create a map of the user's area. To capture Pokemon, users, or "trainers," must travel to different physical spots. Some features, such as egg-hatching, require trainers to walk a certain distance. The app uses the phone's camera to provide a real-time image that shows cartoon Pokemon digitally layered in the user's actual environment.

This unique combination of the real world and the game world immediately captured the attention of mobile gamers and newbies alike. Two weeks after the launch, the "Pokemon Go" app remained in the top app downloads spot on both the Apple and Google platforms. What's more, the research company SensorTower found that on July 11, 2016, users spent an average of 33 minutes in the game — more than on Facebook, Instagram or Snapchat. On the same day, the only two games that took up more of users' time were "Game of War" and "Candy Crush Saga."

The unexpected excitement and hype surrounding the app led columnist Dave Thier to declare "Pokemon Go" the game of the year in a review for Forbes magazine, a sentiment that is echoed by gaming reviewers and experts across the world. Some reviewers, including Christopher Groux in a piece for International Business Times, argue that the game is a fleeting tech trend and that interest in the app is likely to flame out as the novelty wears off. Naysayers also cite the battery drain and the extended physical effort as two of the factors that might slow usage stats.

During the 2016 San Diego ComicCon, John Hanke suggested that Niantic plans to release regular updates to keep users engaged. Features such as new characters, Pokemon trading and Pokemon Centers would expand the app's capabilities and enable players to gain control over their Pokemon universes.

With five months left in 2016, experts are split on the future popularity of "Pokemon Go." Assuming that Niantic follows through with new updates and twists, however, the game seems poised to dominate the mobile gaming community for the near future.

Image courtesy of nenetus at FreeDigitalPhotos.net