Will President Trump Get His Simple Tax Plan Passed? 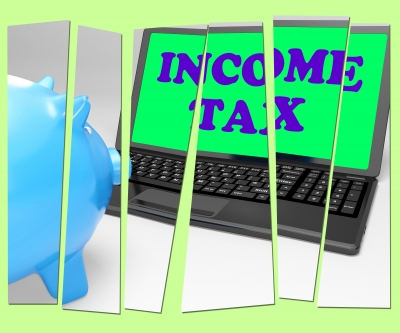 President Trump wants to simplify income taxes for all Americans. "It's extremely complex, it's not fair, and it's extremely hard to understand," says Trump. While the concept of a simple tax law is noble, it's unfortunately not a simple process to implement. In fact, people have been complaining about the American income tax laws since they were first established over 100 years ago.

Before income tax even became a thing in America, there were critics. As Congress drafted income tax legislation in 1913, complaints began to pour in from the media. The Wall Street Journal referred to Washington lawmakers’ efforts as "nothing short of pathetic" with regards to this issue. The legendary publication then went on to exploit the legislation's confusing verbiage to boost newspaper sales, publishing an explanatory series that claimed to break it down into layman's terms for the public's benefit. Referring to the new legislation, the paper claimed it would let the public know how they can learn all about "its many intricacies, the infinite confusion it will cause, its possible unconstitutionality, and its injustice."

The lack of media support wasn't the only problem lawmakers faced in the early days. Once the tax law was actually on the books, media scrutiny only intensified. The complicated language confused the public, the media and even members of congress. When asked what one would do if they didn't understand the new tax law, Senator Elihu Root wrote: "I guess you will have to go to jail." The senator himself did not understand the new tax laws, stating to the public that if jail time is the result of not understanding the new laws, "I shall meet you there."

What The People Want

For over 100 years, the American people have accepted the reality that tax law is inherently complex. A recent poll conducted by the Pew Center showed that 43 percent of Americans are upset over the complexity of the tax system as a whole. However, complexity of the system actually came in third on the official list of complaints. The top two complaints about the American tax system have to do with fairness. Sixty-two percent of Americans polled feel that corporations don't pay their fair share of taxes, while 60 percent feel that the wealthy don't pay a proportionate amount.

The root of the issue is that ensuring fairness for all taxpaying parties automatically requires a certain degree of complexity. President Trump's call for simplification is, while commendable, an impossible feat for today's economic climate.

Many people involved in tax law understand that its complexity is a necessary evil. Trump's idea for simplifying income tax for Americans is misguided, at best.

100 Days of the #Resistance: A Report Card
news via Refinery29
Friday Talking Points -- Liar, Liar!
news via Politics - The...