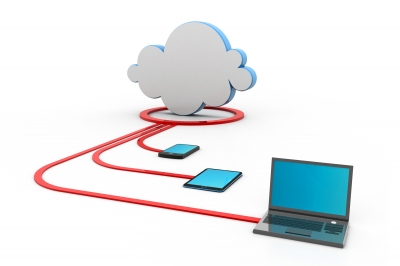 The city's Department of Finance made two rulings on existing taxes in Chicago. The city defined cloud computing services as "electronically delivered amusements" or "nonpossessory computer leases" depending on their use. Live streaming movies and music presumably falls under the amusement category, while accounting software and databases represent computer leases. In other parts of Illinois, residents who use $100 of live streaming services pay that amount. Thanks to the Chicago cloud tax, those streaming services cost $109.

The reason for the tax revolves around lost revenue for the city thanks to the closure of video and music stores. In the 1990s, video rental stores such as Blockbuster Video brought regular sales tax revenues to Chicago. In the past five years, those revenues dried up as those stores closed. Instead, the Department of Finance chose to tax people's online entertainment through cloud computing. The new tax may generate up to $12 million per year for the city's coffers. Companies and consumers that use any popular cloud-based services, such as Intuit's TurboTax and Quicken's accounting software, would come under the auspices of the tax.

Opponents of the tax, such as the editorial board of the Chicago Tribune, note the new tax may violate federal laws. At least one lawsuit challenging the tax is forthcoming. To add to the ire of citizens and businesses, an executive department made the tax ruling and announced the tax on a page on the city's website one day before it went into effect. Chicago's city council did not vote on the cloud computing tax, and the mayor's office says no new vote was needed because the law clarifies existing tax definitions already on the books.

Opponents also fear the new tax would turn off high-tech companies from investing in the Chicago area since the 9 percent tax may mean more consumers eschew cloud computing services. Businesses that go elsewhere could cost the city jobs. The move could also reduce sales tax revenues in the long run thanks to less consumer spending from the wages earned through the high-tech jobs.

Cloud systems could comprise a $107 billion industry by 2017. These types of computing services work thanks to the onslaught of mobile devices, wireless Internet connections and tablet computers that have inundated the consumer electronics market. Workers can access a company's software, databases and reports remotely, from anywhere in the world, thanks to huge databanks connected to remote computers via servers and Internet connections. Security for these networks has improved, and companies have invested enough remote storage capacities, to make cloud software worthwhile for many businesses. Business no longer have to worry about losing precious data due to broken computers, power outages or accidental erasures.

Cloud computing in Chicago could take a hit until any litigation works out what the tax can and cannot do. Tech companies already in Chicago may wait and see what happens before taking action, or businesses that planned on relocating to the city might change their minds.