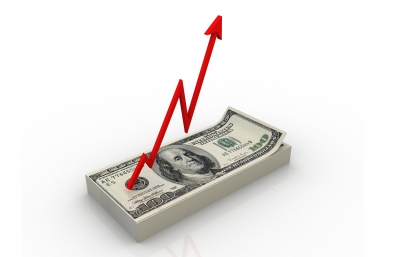 Donald Trump is a character who divides as much as he unites, and he is often accused of not having much substance behind him. However, on Aug. 8, 2016, the presidential hopeful laid out the foundations of his economic plan, and there are some serious ideas in it. While it has been derided as being light on detail and possibly disastrous, are these fair comments? Here's how his economic plan looks on paper.

The cornerstone of Trump's economic plan is a bevy of tax cuts for individuals and businesses and a radical overhaul of the tax system. For individuals, the plan has three tax brackets in order to simplify the tax code. In addition, Trump proposes making child care expenses and estates excluded from taxation. For businesses, Trump intends to limit overall taxes to 15 percent.

Unfortunately, tax cuts could stifle the economy and federal spending, essentially creating fewer jobs and reducing the flow of money to contractors. Overall tax receipts could go down rather than giving individuals more money to spend. Further, reducing business taxes to 15 percent could potentially encourage more people to become independent contractors to avoid paying federal income taxes. In addition, excluding estates is trivial; only around one in 500 estates pays estate taxes, as the value has to be $5.45 million or more for the tax to be applicable.

While simplifying the tax code is laudable, Trump's economic plan does not actually simplify it that much. Removing tax brackets is a good idea, but what really is needed is the simplification of the entire code. That means eliminating myriad tax breaks, exemptions, deductions and credits.

The federal government is one of the largest employers in the United States with 2.7 million employees, and that doesn't include military personnel. Trump's promise to eliminate layers of bureaucracy may strike a chord with many, but it's difficult to know exactly how this might take place. The natural fear is that agencies tasked with abiding by environmental regulations and enforcing manufacturing controls may be first in the firing line.

Of course, this part of his economic plan could save money, but it might do damage in the long run. The FDA and EPA are both well-established agencies, and eliminating jobs could render them toothless. Consequently, they may be unable to enforce basic consumer and environment protections, rendering American manufacturing even more devoid of oversight. This is likely to affect American exports, as lack of FDA regulation may increase the risk of problems with unsafe products.

In addition, environmental regulations do not have much to do with the reduction in coal-fired power plants and the coal mining industry, something alluded to in Trump's speech. Coal mining in many places is no longer economically viable, and gas plants are cheaper, easier to run and able to respond more quickly to sudden increases in electricity demand.

Overall, Trump's speech was somewhat vague, but the details it does have do not point toward a sound economic plan. Many of his ideas are likely to come with far-reaching consequences that could negate any short-term gains.

Image courtesy of cooldesign at FreeDigitalPhotos.net

Register
Sign In
Most Of Trump's Voters Don't Think He's Changed Since Taking Office
news via Politics - The...