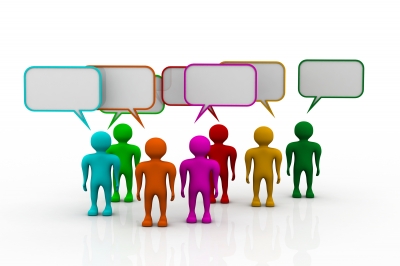 Jon Udell of InfoWorld relates a story about his son's journey from Vermont to Philadelphia using an Amtrak train. Udell's son got a computerized message saying the Amtrak train was delayed for an unknown reason. Amtrak.com stated the cause was a generic service disruption. Udell tried calling Amtrak's customer service line to no avail. The author followed several Twitter posts for Amtrak that got answers to passengers relatively fast, and he got a reply within 11 minutes of posting an inquiry.

Why was the Twitter response so fast? The answer lies in the one-to-many medium of social media. A toll-free number requires one-on-one interaction between customers and company representatives. Twitter posts, Facebook feeds and information on company websites give similar information to many customers at once. The author suspects posting news to a website is more cumbersome than posting information to Twitter because the programming architecture of both systems is markedly different. Changing information on a website is likely more time-consuming than a simple Twitter entry with 140 characters.

Amtrak's Twitter posts are gold mines of important information that passengers need to know. However, the transportation company does have some logistical problems to fix. Udell noticed that the Amtrak website does not point passengers to the Twitter feed for updates or inquiries. Information that appeared on the Twitter account did not show up on Amtrak.com. If someone does not know to check Amtrak's Twitter account, people could miss vital information.

Udell had a similar experience with United Airlines. When he could not get anywhere with the airline's toll-free line, he posted a Twitter message, and his dilemma was corrected within a short amount of time. He suspects it may have been because of the public nature of Twitter posts and Facebook feeds, since everyone sees these posts and comments on them.

Twitter and other social media websites have real-time interaction with customers. Questions and responses appear in public, which means companies are held accountable for their actions in a public forum setting. Company policies and executives can create special departments and agents specifically for responding to social media inquiries. Twitter accounts cannot lie dormant, especially in today's 24-hour, non-stop world, where customers are always right.

Twitter posts may not completely replace other forms of customer interaction unless companies take proactive stances and encourage social media interaction. Offer customers incentives to have Twitter and Facebook accounts for exclusive offers and then create interaction points. Eventually, customers may see the value of ultra-fast service through social media.