Will You Be Able to Get Cialis Over the Counter? 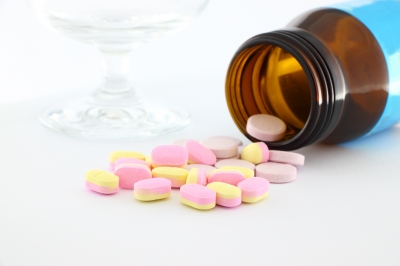 When men are experiencing physical difficulties in their private lives, seeking treatment from a health care professional is often the last thing they want to do. Unfortunately, drugs like Cialis and Viagra used to treat erectile dysfunction do require a prescription. The possibility of over-the-counter Cialis has been raised by drug maker Sanofi to make these drugs more widely available to the public.

French drug maker Sanofi is teaming up with Eli Lilly and Company to make erectile dysfunction medication Cialis the first of its type able to be purchased without a prescription. According to USA Today, the drug generated over $2 billion in sales in 2013, and more than 45 million men have received prescriptions for the drug since its release in 2002. Although details about the over-the-counter Cialis financial deal between the two companies have not yet been released, USA Today confirms that Sanofi would handle the marketing of the drug while Lilly would manufacture the pills in Puerto Rico. Before over-the-counter Cialis is released, regulators must approve the plan.

The non-prescription medication option would allow many impotent men who are unwilling to visit a doctor to receive the help they need. Additionally, Lilly's senior vice president Dave Ricks believes that selling the drug over the counter would be a safer alternative for patients who are compelled to buy illicit forms of over-the-counter Cialis and its competitor Viagra from unreliable online sources. According to a 2013 report by the National Association of Boards of Pharmacy, 97 percent of these sources are not in compliance with current pharmacy standards and regulations.

Despite the advantages of over-the-counter Cialis, Eli Lilly and Co. may face challenges getting regulatory approval for health and safety reasons. For instance, when patients use Cialis in combination with nitrates, commonly used to treat chest pain, they may experience a serious blood pressure drop. In addition, impotence is often only a symptom of a more serious disorder. Without a required prescription, patients may never receive a diagnosis and necessary treatment. On the other hand, Sanofi's vice president of global consumer health care Vincent Warnery argues that patients exposing themselves to dangerous fake drugs are already putting themselves at risk.

Due to a failed attempt of releasing an over-the-counter version of Viagra in Europe by the company Pfizer, Lilly is carefully studying potential pitfalls to help the plan's chances of approval. Even if the plan for over-the-counter Cialis is not approved in its entirety, regulators still have the option of approving a non-prescription option for only specific indications and doses.

According to the John Hopkins Bloomberg School of Public Health, more than 18 million American men over the age of 20 struggle with impotence. Only a fraction of these receive treatment due to embarrassment, so over-the-counter Cialis would surely be successful in providing for this niche.

(Photo courtesy of Keerati at FreeDigitalPhotos.net)