Will the US be the First to Produce an Exascale Supercomputer? 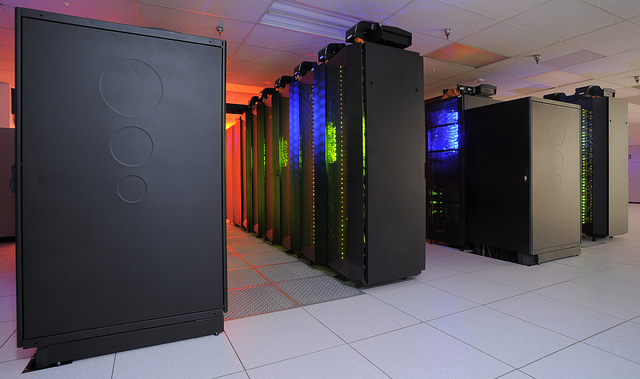 The U.S. Department of Energy intensified the race to develop an exascale supercomputer when it doled out $39.8 million in grants to achieve the task by 2023. However, the drive to control more data is a global competition, and China may solidify its lead by completing a planned prototype by 2017. Although an early win could give China a significant advantage, the first efficient exascale supercomputer may still be years away.

The rapid rise of data science has made computational power a new metric for measuring a country's global influence. Supercomputers make data processing so fast, synchronous and expansive that agencies can produce accurate predictions and simulations in applications ranging from climate and nuclear physics to medical science and national security. Understandably, the U.S. government wants to be a permanent leader in this evolving sector, but China has repeatedly eclipsed U.S. progress in developing the world's fastest computer.

China already has a strong track record in supercomputer technology from its development of the world's fastest computer Tianhe-1 in 2010. As of 2017, Chinese computers Sunway TaihuLight and Tianhe-2 hold the first two spots on the top 500 list of the fastest supercomputers, excluding intelligence agencies, with the former performing at 93.01 petaflops per second using 10.6 million processing cores. Developers expect the upcoming exascale supercomputer to be 200 times faster than Tianhe-1, says Zhang Ting, an application engineer for China's National Supercomputer Center.

In America, bureaucratic conflicts may become the Exascale Computing Project's biggest roadblock. The Trump administration announced plans to reduce the U.S. Department of Energy's budget for advanced computing research to 2008 levels. The resources required to manage millions of cores and troubleshoot massive hardware failure is a key reason why exascale supercomputer development has stalled since 2008, when American researchers first achieved petaflop computing. China owns 167 of the top 500 supercomputers, while America holds 165, with the fastest being the Titan Cray XK7 at 17.59 petaflops per second.

In fact, America's rival is forging ahead, despite efforts to prevent it. In late 2015, the U.S. government banned Intel from exporting its Xeon processors to several Chinese companies amid suspicions they intended to use supercomputers for nuclear explosive testing. Instead of falling behind, China committed to developing its own speedier, more efficient processors, a move that may inspire other countries to do the same. While China hasn't shared many details about the functionality of its exascale prototype, the government's seemingly unified support and concentrated efforts are strong indicators of future success.

Revolutionary data breakthroughs are happening every day, giving the U.S. government the potential to overtake China in the coming years. China's leap in progress may be the impetus the U.S. government needs to reinforce support for computing research, helping American developers build an operational exascale supercomputer by the 2023 deadline.