Women's Cancer Risk Increased by Too Much Sitting 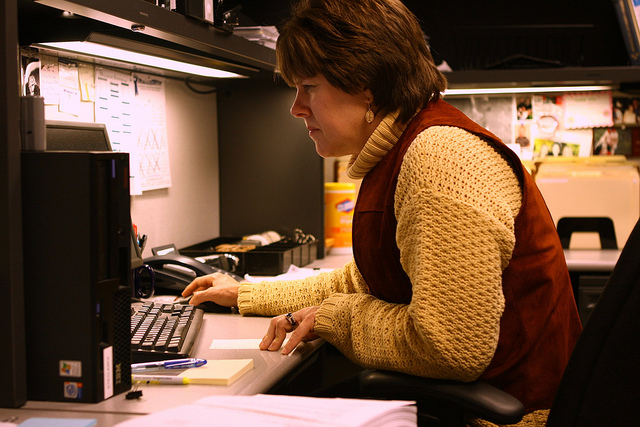 According to a recent study, spending a lot of time sitting down could significantly increase a woman's cancer risk. This study builds on a strong body of previous research, which linked sitting with cardiovascular disease and type 2 diabetes.

The study involved 77,000 women, as well as 70,000 men. Researchers followed this group of people over 17 years. During this time, women who spent more than six hours a day sitting were 10 percent more likely to develop any type of cancer than women who spent less time sitting.

The link between sitting and certain types of cancer is particularly strong in women. The risk of developing breast cancer, ovarian cancer or multiple myeloma, which is a type of blood cancer, is much higher for women who sit for more than six hours a day than for those who sit for less than three hours a day.

Interestingly, the study suggested that sitting does not directly affect men's overall cancer risk. However, obese men who sit for long periods have a cancer risk that is 11 percent higher than that of men who do not spend much time sitting.

According to the researchers involved in the study, scientists need to carry out more research to determine the link between sitting and cancer risk in both women and men. However, this study fits neatly into the narrative created by previous research: prolonged sitting every day is bad for health.

A study published in 2010 showed that sitting is associated with a range of conditions, including type 2 diabetes and cardiovascular disease. According to the researchers, sitting could change the regulation of various systems in the body, increasing the risk of disease. Furthermore, being active during the rest of the day doesn't completely eliminate the excess risk from sitting, according to other studies on this topic.

The study published in 2010 also showed different effects for men and women. Whereas men who sat for more than six hours a day were 17 percent more likely to die during the 13-year period of the study than men who sat for less than three hours, the increase in the risk for women was 37 percent.

In response to the evidence linking sitting with an increased cancer risk, the American Cancer Society recommends getting up from a desk many times through the day. Some ways to be more active in the workplace include physically going to a colleague's desk instead of sending an email, taking the stairs instead of the escalator, and stretching regularly during the day.

In light of the studies associating an increased cancer risk with prolonged sitting, women who work in offices may want to consider using a standing desk or taking many breaks throughout the day. The study suggests that six hours or more of sitting each day could significantly increase a woman's cancer risk, indicating that being more active at work is crucially important for health.

Photo Courtesy of Alex at Flickr.com

In The Face Of Healthcare Apocalypse, The Men Of Planned Parenthood...
news via Refinery29