Workplace Drug Use on the Rise 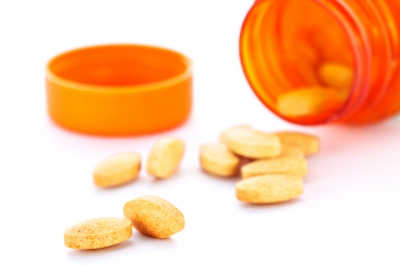 Alarming new research shows that workplace drug use is increasing across a wide spectrum of drug test specimens and places of business. The annual data by Quest Diagnostics reveals that the percentage of U.S. workers testing positive for illicit drug use during workplace drug tests is approaching 5 percent as of 2014, increasing for the second year in a row.

The first annual rise in positive drug tests among workers since 2003 arrived in 2013 with a rate of 4.3 percent, and this increased to 4.7 percent in 2014. Although prescription drug use has been steadily increasing, this data shows a notable increase in use of illicit drugs such as marijuana, amphetamines and cocaine. Marijuana stands as the most commonly detected drug at 2.4 percent, and cocaine detection has risen to 0.24 percent. Positive testing for amphetamines is currently at its highest recorded level, and the rate of heroin detection has nearly doubled from 2011 to 2014.

Quest Diagnostics has been carrying out annual drug-testing research for more than two decades, providing valuable longitudinal data, as well as a large sample size. The data includes urine tests, oral fluid drug tests and hair tests. However, it only reflects the types of workplaces that conduct illicit drug tests.

The increase in marijuana use among workers may be related to increasing social acceptance, even in states that have not legalized its recreational use. Despite a relaxed view of the drug by many parties, some research shows that consistent marijuana use may impact long-term memory and change the shape of the brain.

Increasing detection of illicit drugs among workers can have devastating effects in the workplace. Illicit drugs can impair both physical and cognitive functions of workers, posing health and safety risks within the workplace while impacting productivity. Employers should strengthen their drug-free workplace policies, and they may consider implementing a free employee assistance program to provide resources for workers to overcome drug and alcohol addictions. Employers should also ensure that all areas of the workplace are monitored to avoid on-the-job use of illicit drugs.

Employees should report any odd or addictive behavior in co-workers so they can get the help they need. Behaviors related to illicit drug use may include changes in work performance, mood swings, frequent tardiness and absences. Raising awareness in the workplace is one of the biggest steps toward a drug-free work environment, but workers must also do their part to help their co-workers and maintain a professional atmosphere for maximum productivity.

Rising workplace drug use should be a big red flag to companies that do not actively monitor the workplace and enforce drug-free policies. However, employers must also handle the issue with care, as some workers may be struggling with a serious drug addiction.